ATHENS BOUNCES BACK WITH SWEEP OF TROY 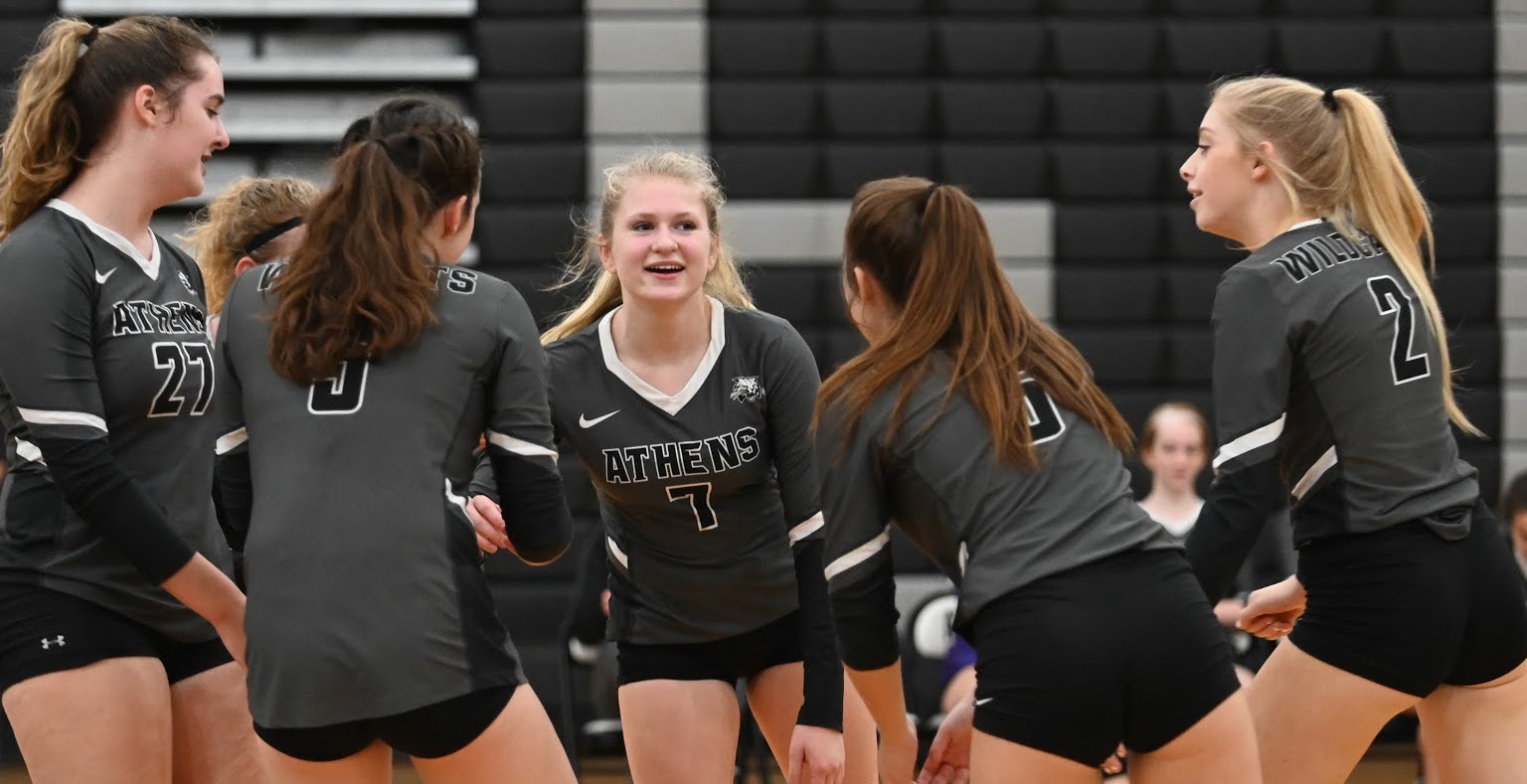 TROY — Athens bounced back from a “disheartening” five-set loss at NEB Monday, with a sweep of Troy here Tuesday night in NTL Large School volleyball action.

“The girls figured it out tonight, they played as a team,” said Athens coach Heather Hanson. “The girls made this game a team-building exercise.

“The slow starts, being down by five, giving up the lead several times, communication errors, and running into each other are all things that have contributed to us losing,” noted Hanson. “Tonight, the girls learned a little bit about depending on each other and were able to overcome the negatives that have gotten us the past three (matches).”

Hanson was also excited to have fans in attendance.

“Oh my gosh, what a loud crowd and awesome atmosphere,” she said. “You forget what it feels like! It was incredible to feel the love and hear the cheers and chanting from both sides. And this was just allowing two spectators per player.

“I know it means the world to the girls to have their biggest supporters cheering them on and I am so thankful and grateful to the Troy School District for letting the away team have spectators,” added Hanson. “And thanks to the Athens Board of Education for allowing us to have two spectators per player at the next home games coming up.”

Athens, now 8-6, returns to action Thursday when it hosts Towanda.

“I’m so pumped to have an actual practice tomorrow,” said Hanson. “It’s been a busy schedule of play, play, play, with no time to correct errors, or make adjustments. And, of course, my favorite, get back to basics and discipline.”