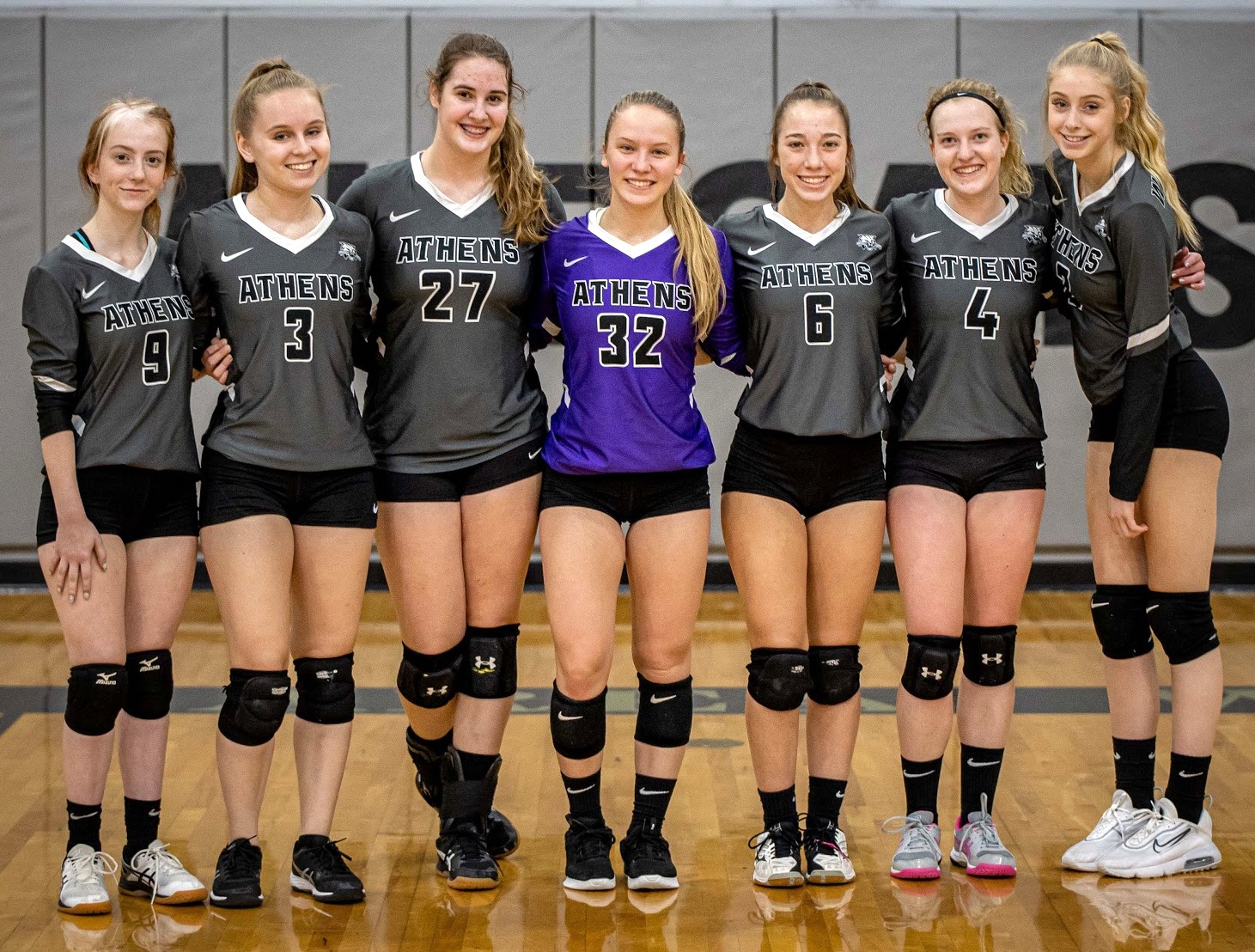 “It was a rough start, then we woke up,” said Athens coach Heather Hanson. “That’s volleyball sometimes. I'm glad they were able to turn it around and play some Wildcat volleyball.

The girls have set a standard of play for themselves, so they know when its time to pick it up,” she noted. “There was incredible play by everyone tonight.

“The biggest highlight is serving 95 out of 98 serves,” added Hanson. “That’s some focus right there. Shout out to all the girls, the whole team supporting one another.”

Athens finishes the regular season at 10-6, and will face Greater Nanticoke Thursday at 5 p.m. in the opening round of the District 2-4 Sub-Regional playoffs.

“I can’t believe this was the last game of the regular season,” said Hanson. “This team is so special and incredible. Thank goodness for the playoffs to keep it going.”