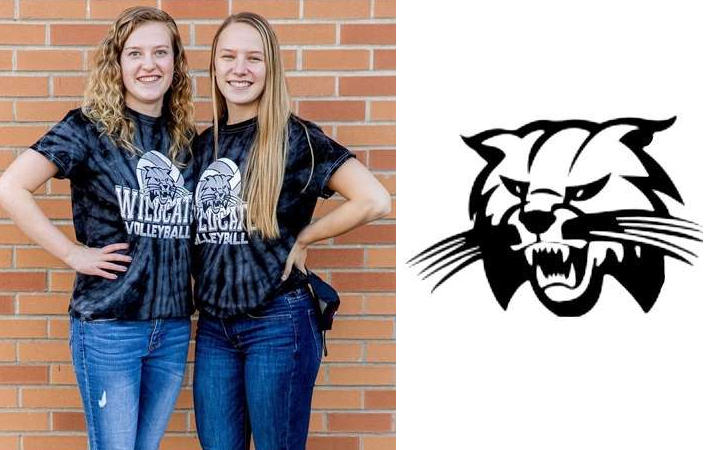 Miller had 3,366 ball-handling attempts in her career and logged 1,033 assists. She also had a 96.8 serving percentage in 647 serve attempts.

“Kayleigh is a natural leader, who definitely stepped into her captain roll this year making sure to keep the team focused and driven,” said Athens coach Heather Hanson.

“This accomplishment is absolutely incredible and what this means is this girl ran her butt off to get every single second ball set up to make a play, and not just setting it up, but finding the hitter that was going to make a kill,” added Hanson. “Not only do you need strong hitters, you need someone that is going to get you a pass.”

Field, who also topped 1,000 serve-receptions in her career, and Miller worked hand-in-hand in achieving their career milestones.

“Taylor had 1038 serve-receptions in her three years as libero,” said Hanson. “That means each time the ball is served Taylor was able to find a way to pass it to the setter. That’s an average of five serve receive-passes a set.

“She also had 1,023 digs,” noted Hanson. “This means that each time the ball was attacked by the opposing team, Taylor was able to dig the ball and make it playable. Without this ball control, it is incredibly difficult to have an offense.

“The one skill that is done completely on your own is serving,” added Hanson. “Kayleigh serving 96 percent in her three years on varsity is nothing short of phenomenal.  She was so great at getting serves over it was more noticeable when she missed, because that rarely happened.”