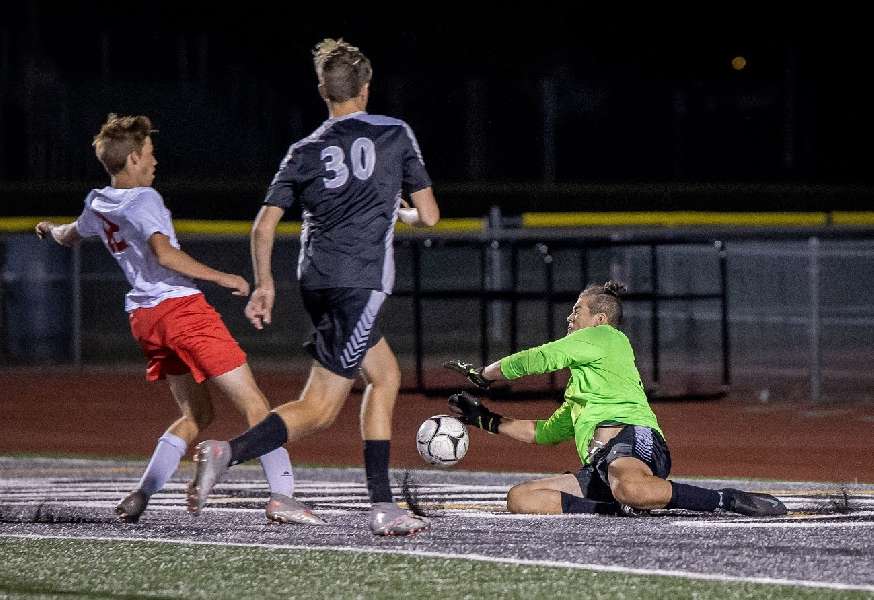 After more than 24 minutes of scoreless action, junior Nate Quinn put the Wildcats in the scoring column, off an assist from junior Ryan Thompson.

About 10 1/2 minutes later, sophomore Jared Ammerman made it 2-0 with an unassisted goal.

Troy’s Wyatt Hodlofski cut the deficit to 2-1 with 4:40 remaining in half, but 65 seconds later junior Daniel Horton extended the Wildcat lead to 3-1, which is where it stood at the half.

The defenses held for the first 27 1/2 minutes of the second half until senior Joey Toscano, off a feed from senior Travis Reynard, made it 4-1.

Freshman Ryan LaSusa, off a feed from Ammerman, capped the scoring with 6:13 remaining.