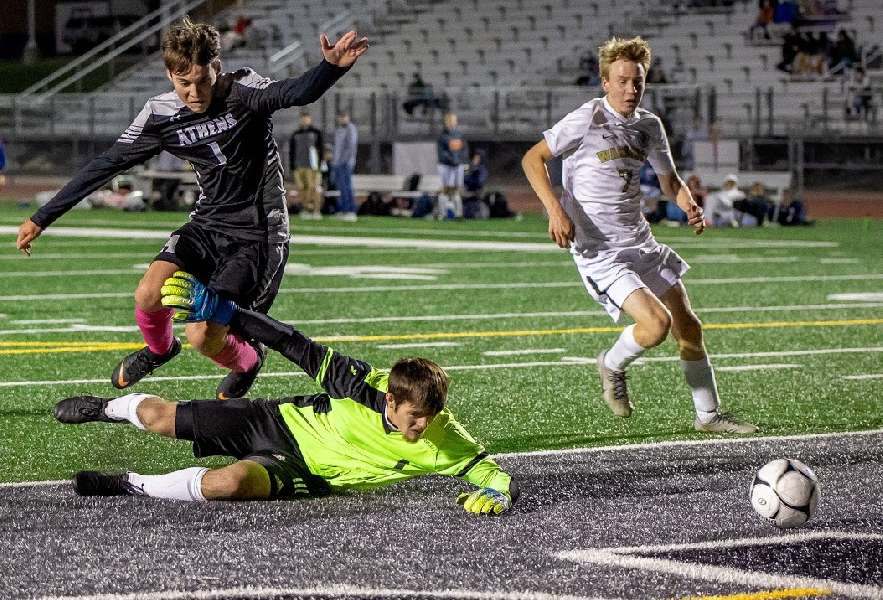 The Wildcats, who won four games last week, improve to 8-1 with the win.

“After a tough week on the team physically last week, we were able to get some quality training in the past two days,” said Athens coach Jake Lezak. “It really paid off for us, and the players are getting more touches on the ball and better each session.

“We covered some tactical issues that we need to continue to reinforce, and they boys did a really nice job tonight with transferring training to the game.

“A few players were shuffled around and played very well for us tonight,” added Lezak.

Senior Tyler Chambers scored an unassisted goal about 5 1/2 minutes into the game, and Quinn make his first mark in scorebook with a goal at the 12-minute mark to make it 2-0.

Five minutes later junior Daniel Horton, off a feed from Quinn, scored to make it 3-0, which carried over into the halftime intermission.

Nine minutes into the second half, senior Joey Toscano, off a feed from Quinn, scored to give the Wildcats a 4-0 lead.

Quinn, with an assist from junior Jason Gao, scored his second goal to make it 5-0 with 23:58 left in the contest.

Sophomore Jared Ammerman, off an assist from freshman Korey Miller,  capped the Athens scoring with 1:53 remaining in the contest.

Caleb Coats put Williamson on the scoreboard on a penalty kick with 66 seconds remaining.