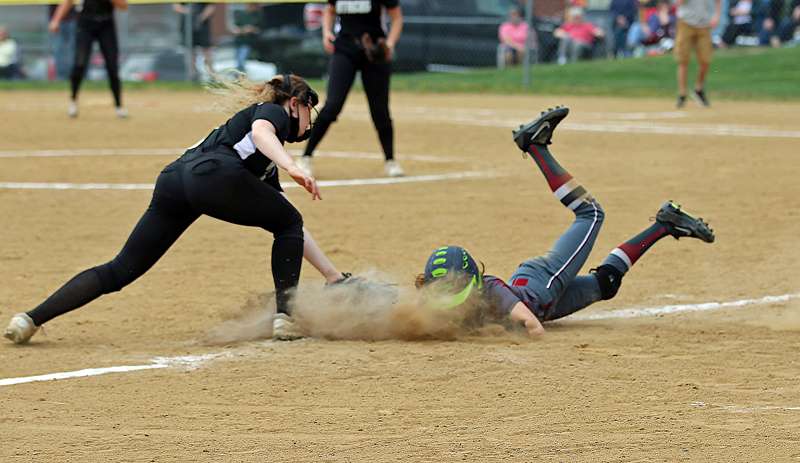 “This game is all about pitching, and (Thailey) Franklin is the best pitcher we’ve seen this season,” said Athens coach Mickey Farrell. “She made us look bad, and no one else has been able to do that.”

Northeast Bradford built a 9-0 lead through four innings, then answered Athens’ run in the top of the fifth with two in the home half to invoke the 10-run “mercy” rule.

“They really hurt us with a lot of two-strike hits, and quite a few of them were 0-2 pitches,” said Farrell.

Franklin struck out eight and walked one in earning the win.

Northeast Bradford took advantage of 10 base on balls, and four Athens errors.