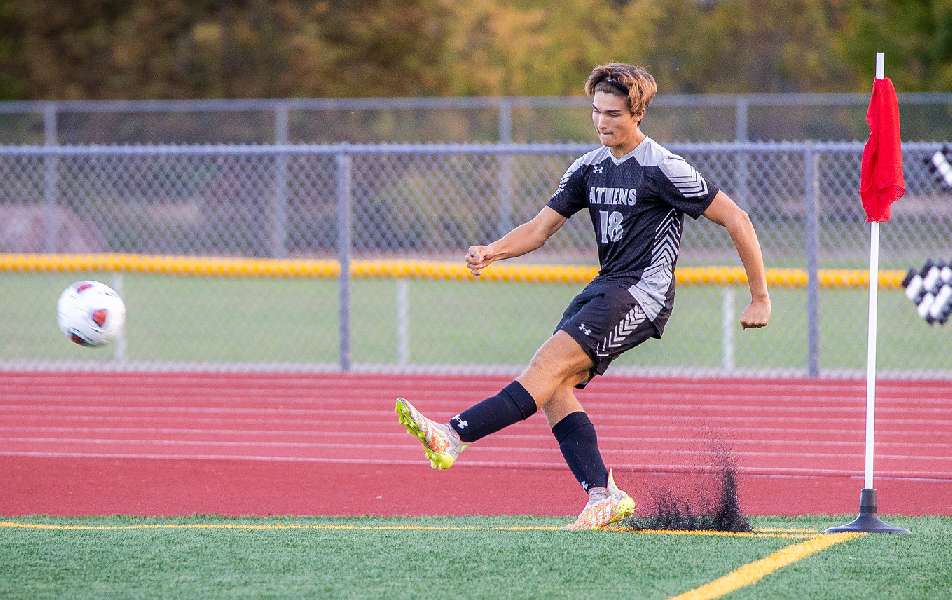 ATHENS — Athen scored three goals in less than 10 minutes early in the first half in a 6-0 win over Galeton here Thursday afternoon in NTL boys soccer action.

The Wildcats dominated play, outshooting Galeton, 20-1. They also had a 9-0 edge in corner kicks.

Junior Levent VanHolden scored about four minutes into the game to give Athens a 1-0 lead, and senior Nate Quinn, off a feed from senior Mason Hughey, scored 3 1/2 minutes later to make it 2-0.

With 26:34 remaining in the first half, Hughey scored an unassisted goal to give the Wildcats a 3-0 lead.

Senior Daniel Horton capped the first-half scoring with 12:30 left int he first half to make it 4-0.

Quinn scored 2 minutes into the second half to extend the lead to 5-0.

Sophomore Korey Miller finished off the scoring with 8:30 remaining in the game, off an assist from senior Jason Gao.

Athens, now 10-6, improves to 8-1 in league play, and can clinch the NTL title Thursday with a win at Troy.