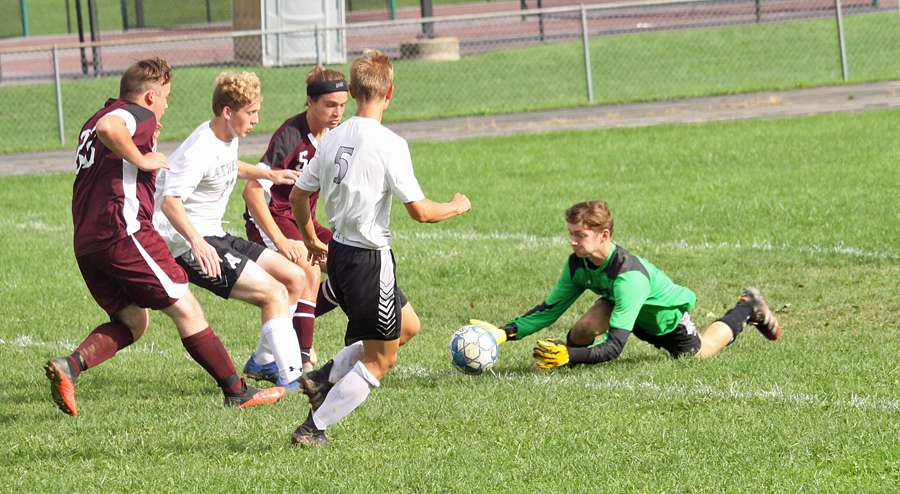 ROME, Pa. — Neither team was able to get off many shots, but Athens made the most of theirs in a 3-0 win over Northeast Bradford here Wednesday afternoon in NTL boys soccer action.

Senior Daniel Horton scored in the 10th minute of the game — on the Wildcats’ third, and final, shot-on-goal of the first half — to give Athens a 1-0 lead.

The Wildcats only managed three shots in the second half, too, but senior Nate Quinn found the back of the net with the last two — in the 60th minute and the 68th minute — to extend the lead to 3-0.

Northeast Bradford only got off three shots-on-goal — two in first half, and one in the second — in the 80 minutes.

Senior Levi Kuhns had three saves in net for Athens, while Garrett Cooper had three for the Panthers.