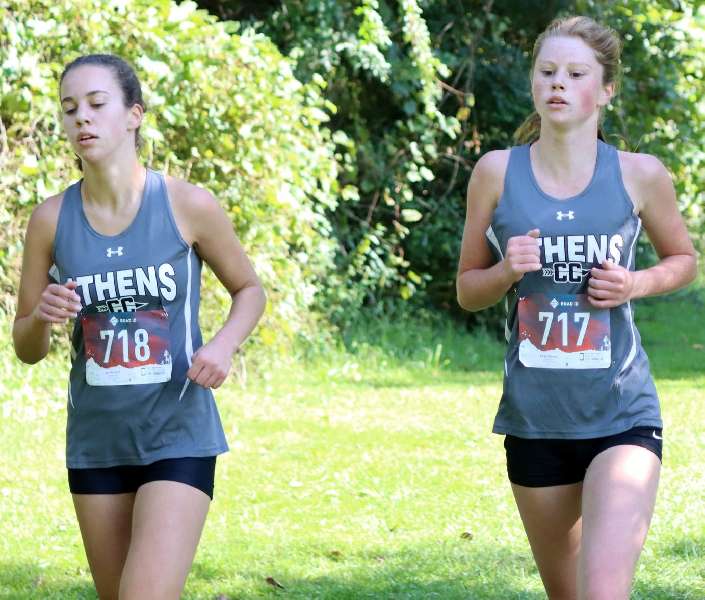 ONEONTA — The Athens boys had three runners finish in the top 13 on their way to a third-place finish here Saturday at the Dave Forbes Cross Country Invitational, while the Lady Wildcats finished ninth.

Ithaca was the runaway winner of the team title with 35 placement points, while runner-up Columbia tallied 71, Athens had 97, fourth-place Union-Endicott had 118, and fifth-place Elmira had 151 points.

JV BOYS
Athens finished sixth in the junior varsity race, led by Izaak Hobday, who finished eighth in a time of 20:35.

MODIFIED GIRLS
Eighth-grader Addison Burns paced the modified girls with a third-place finish in a time of 9:50.5.