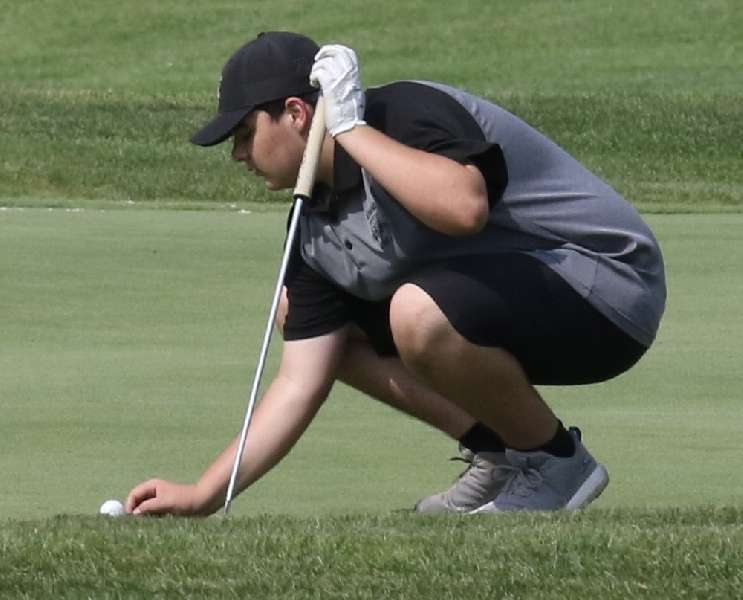 WESTFIELD, Pa. — Sayre senior Kannon VanDuzer outdistanced the field by seven strokes, and two of his teammate shot career-best rounds to lead the Redskins to the win here Tuesday afternoon in NTL golf action at the River Valley Golf Course.

The Redskins fired a four-player aggregate score of 365 to best runner-up Wellsboro by 10 strokes. Wyalusing was third with a 281, while Athens, playing without low scorer junior Cam Sullivan, finished fourth at 400,, Towanda was fifth at 404, Cowanesque Valley was sixth at 427, and North Penn-Mansfield was seventh at 431.

NP-M junior Andrew Green, and Sayre junior Colton Watkins, who shot a career-best round, tied for second with rounds of 87.

Athens sophomore Evan Cooper, who also birdied the 15th hole, finished fourth with an 88, while Sayre senior Dom Fabbri was 12th with a career-best round of 95, Sayre senior Dylan Seck was 18th with a 103, and Athens freshman Keaton Sinsabaugh was 20th with a 106.