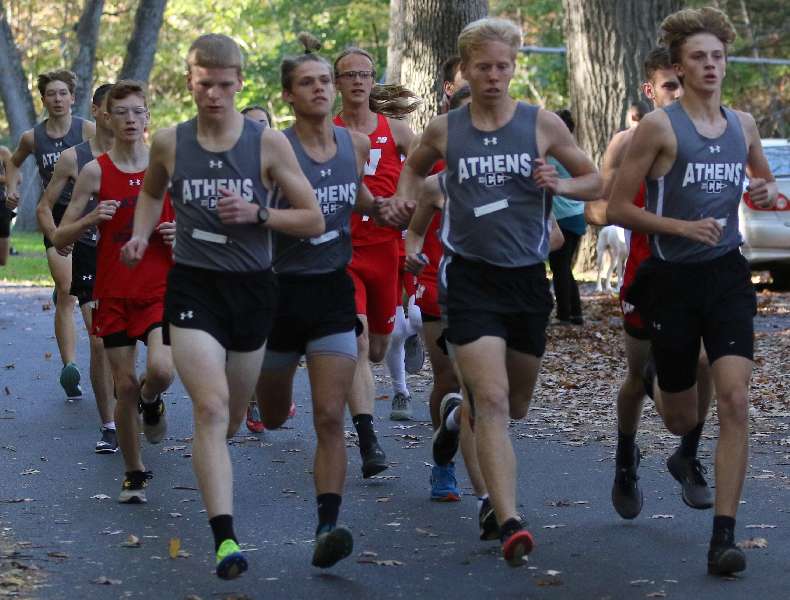 The Wildcats won the team title, and were the only complete team in the field.

Athens freshman Carter Lewis was fifth in 18:52, and Athens sophomore Nate Prickitt was sixth in 19:47.