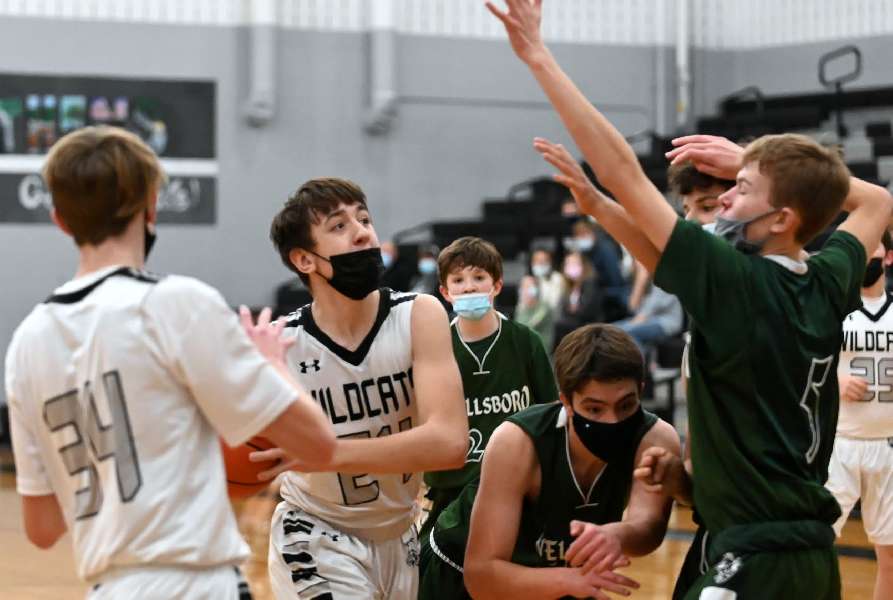 Wellsboro 36, Athens 33, 2 OTs
Wellsboro took the early lead in the second overtime, and Caden Smith made 5 off 6 free throws down the stretch to help the junior Green Hornets to a 36-33 win Friday night.

Carson Smith scored five points and Lucas Kraft added four points in the first half to help Athens to a 15-11 halftime lead.

Wellsboro outscored Athens, 13-9, in the second half, including a 4-2 edge in the third quarter, to force extra play.

Smith and Chris Mitchell led Athens with 10 points apiece, while Nick Guiles-Vought added seven, and Kraft chipped in with four.

The first quarter was even with Carson Smith and Korey Miller knocking down 3-pointers to pace Athens in a 10-10 deadlock.

Troy took over and outscored Athens, 28-7, in the middle two quarters to take a 38-17 lead into the final eight minutes.