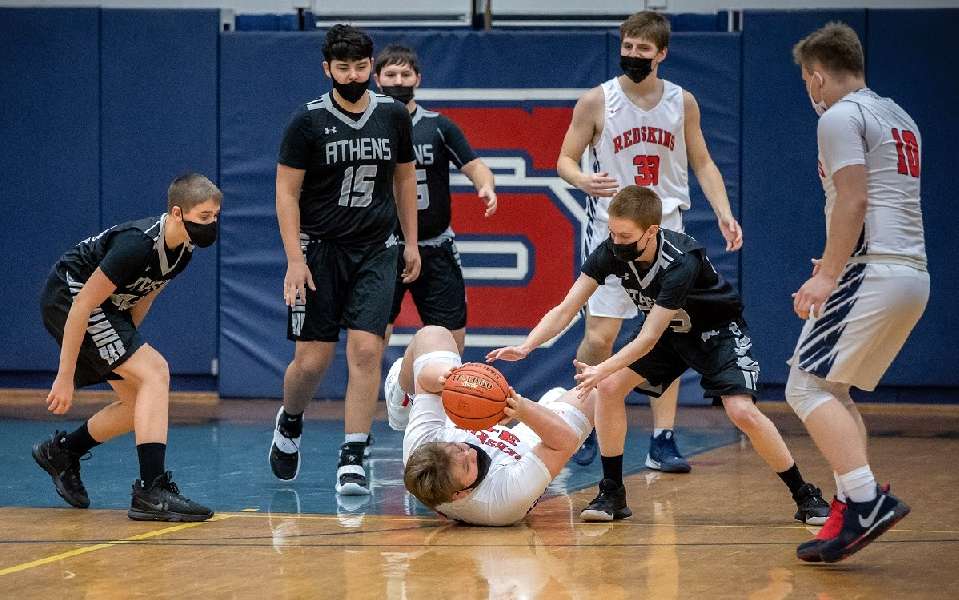 SAYRE — Sayre used a 14-5 second-quarter run to rally from an early deficit, and then held on for a 33-29 win over crosstown rival Athens here Monday evening in NTL junior varsity boys basketball action.

Connor Mosher knocked down a 3-pointer and scored five points to help Athens to a 7-5 lead after the first eight minutes.

Jackson Hubbard scored four points in the third quarter as Sayre used a 9-6 spurt to stretch its advantage to 28-18 heading into the final eight minutes.