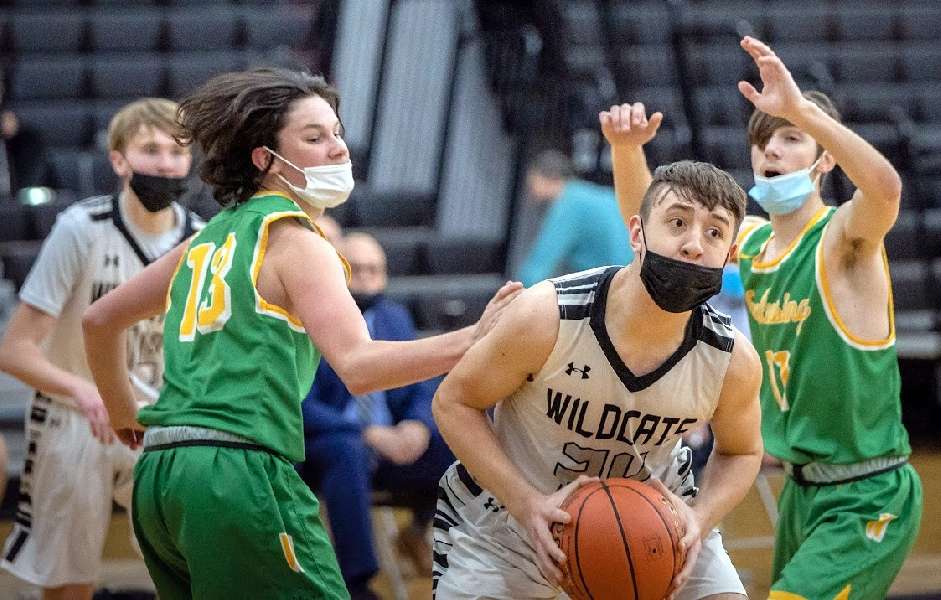 ATHENS — Athens took an early lead, and pulled away during the middle two quarters for a 41-18 win over Wyalusing here Friday night in NTL junior varsity boys basketball action.

Lucas Kraft scored six points in the first quarter to help the junior Wildcats to a 12-5 lead after the first eight minutes.

Chris Mitchell scored four points in the second quarter, Carson Smith knocked down a 3-pointer, and Kraft added an old-fashioned three-point play to account for the scoring in a 10-3 run that pushed the lead to 22-8 at the half.

The junior Wildcats duplicated the 10-3 run in the third quarter, with four points by Smith and a 3-pointer by Conner Mosher doing most of the damage. They led 32-11 heading into the final eight minutes.

Korey Miller buried a 3-pointer and scored five points in the fourth quarter as Athens added two points to its lead.

Mitchell led Athens with 11 points, while Kraft and Smith scored nine points apiece, and Miller and Mosher chipped in with five points apiece.