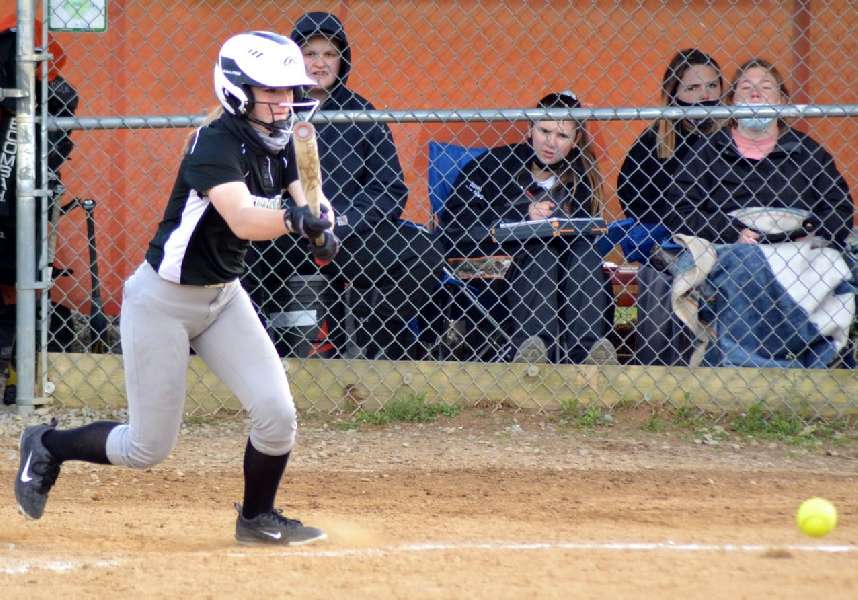 WYSOX — Athens plated three runs in the top of the fifth inning to take the lead for good on its way to a 9-5 win over Towanda here Friday afternoon in NTL Large School softball action.

Senior Audrey Hatch led off the game with a single, stole second, and eventually scored on a wild pitch to give the Lady Wildcats a quick 1-0 lead.

In the second inning, sophomore Addy Repsher walked, and freshman Ashlyn VanFleet hit a line drive to right field that eluded the outfielder, and she circled the bases for an inside-the-park home run to push the lead to 3-0.

Saige Greenland’s RBI double in the bottom of the third inning put Towanda on the board. Greenland later scored on an error to trim the deficit to 3-2.

Athena Chacona a led off the bottom of the fourth inning with a double, and scored on a fielder’s choice off the bat of Addie Maynard to tie the game at 3-3.

Athens sophomore pitcher Aliyah Butler was able to escape further damage with a strikeout, and a come-backer to the pitcher’s circle.

Senior Harley Sullivan led off the top of the fifth inning with a double. After junior Caydence Macik walked, Butler laid down a sacrifice bunt to move the runners to second and third.

A pair of wild pitches scored both runners, and allowed senior Mallory Mummert to reach first base on a dropped third strike. Mummert took second on a passed ball, and eventually scored on a steal of home to make it 6-3.

Athens added two runs in the sixth inning on a single by Hatch, a double by Sullivan, and a two-out, two-RBI single by Butler.

Jocelyn Bennett’s two-run single in the bottom of the seventh inning provided the final margin.

VanFleet was 4-for-4 with two runs scored, two stolen bases, and one RBI, while Sullivan doubled twice, scored two runs and drove in one run, and Hatch singled and scored two runs to lead Athens’ 11-hit attack.

Butler earned the win in relief. She allowed two runs — both unearned — on six hits, while striking out two and walking none in four innings of work.