ATHENS POUNDS OUT 18-0 WIN OVER SAYRE 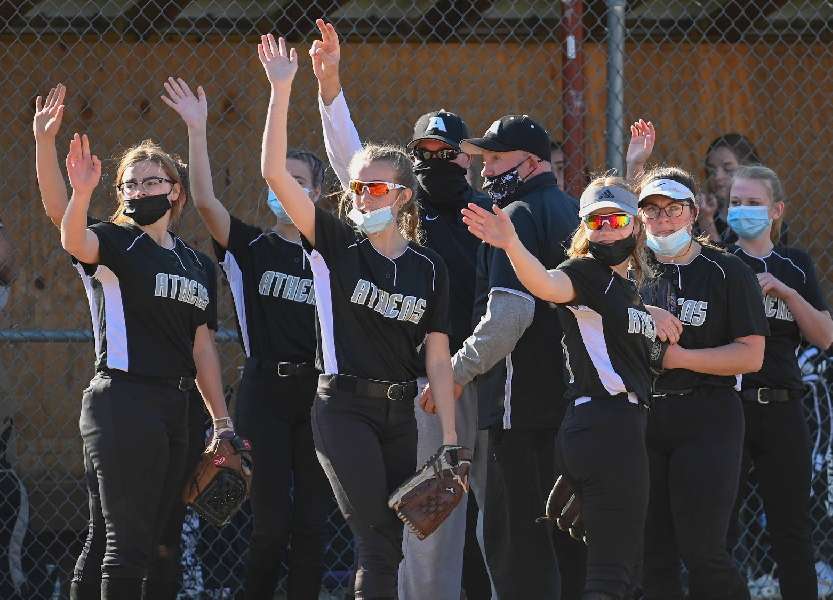 The Lady Wildcats improve to 8-1 on the season, while the Lady Redskins fall to 0-7. Despite the difference, Athens coach Mickey Farrell said he told his team to disregard the records.

“Before the game, I told the girls that Sayre is not a team to take lightly, they gave Northeast (Bradford) and Towanda all they could handle,” said Farrell. So it's pedal-to-the-metal and let's not give them a chance to hang with us. They are our number one rival, so we need to bury them from the start.

“It was the loudest our dugout has been all year, they were really into it,” added Farrell. “I couldn't be prouder.”

Athens took a 2-0 lead in the top of the first inning on a two-RBI single by Mallory Mummert.

Sayre had a pair of singles (by Madison Smith and Hailey McCaig) and a walk in the home half of the inning, but had two runners wiped out on the base paths, and did not score.

The Lady Wildcats took advantage of a pair of walks and two Sayre errors to plate seven runs in the second inning to take a 9-0 lead. Macie Coyle and Aliyah Butler delivered RBI singles in the rally.

Athens scored its first three runs in the third inning scored on an outfield error with the bases loaded. They added runs on RBI singles by Aliyah Butler and Carlie Simpson, and a two-RBI double by Ashlyn VanFleet, who scored on an RBI groundout off the bat of Coyle.

Athens returns to action Saturday at the Central Columbia Tournament, while Sayre hosts Troy at 1 p.m.