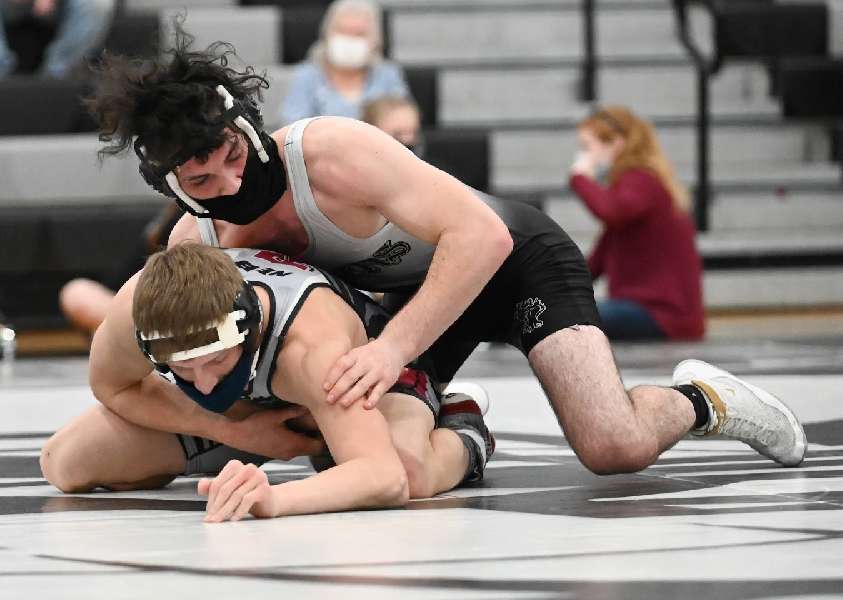 The Wildcats improved to 7-3 season, including a 3-1 mark in the NTL.

Athens 63, NEB 6
Athens won both bouts on the mat, and picked up nine forfeits in a 63-6 win over Northeast Bradford.

Freshman Josh NIttinger gave the Wildcats a quick 6-0 lead with a pin of NEB’s Kamden Ricci in 28 seconds at 285 pounds.

In the only other contested weight class, Athens sophomore Chris Bathgate earned a hard-fought, 8-4, win over Jack Shumway.

Kenric received a forfeit at 215 pounds for NEB’s only points.

Athens 60, Sayre 12
The Wildcats won two of three bouts on the mat, and picked up eight forfeits in a 60-12 win over Sayre.

Athens junior Kaden Setzer opened the match with a pin of Sayre senior Bobby Benjamin in 1:32 at 138 pounds.

The Redskins got on the board at 189 pounds when sophomore Glen Romberger pinned Athens junior Collin Rosh in 3:38.

After neither team sent a wrestler to the mat for the 215-pound bout, Athens freshman Josh Nittinger picked up a forfeit at 285, and Sayre freshman Kendrick Ross had his hand raised at 106 pounds.