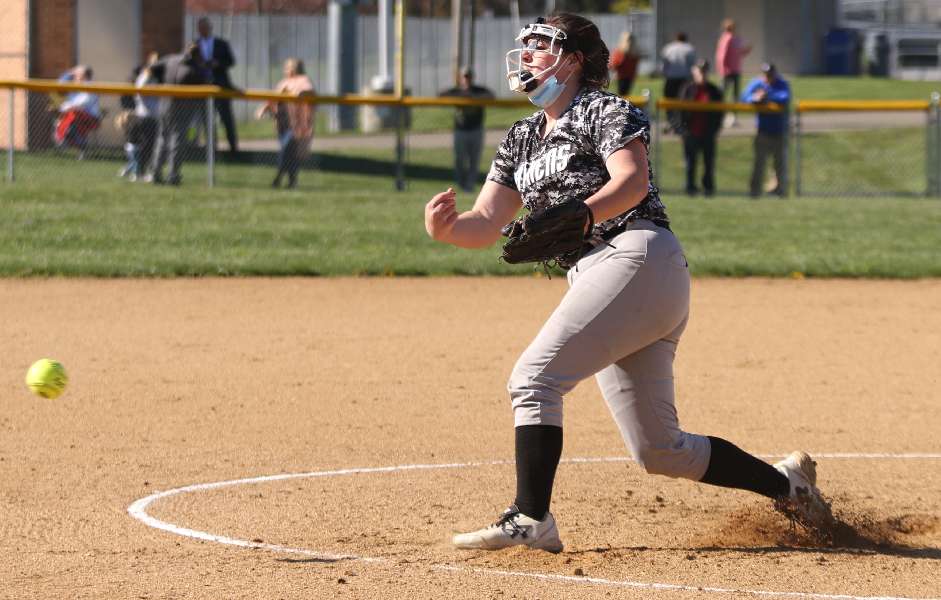 ATHENS — Athens erupted for 10 runs in the third inning to blow open a tie game en route to an 18-8 five-inning win over Williamson here Monday afternoon in NTL softball action.

The Lady Warriors struck for three runs in the top of the first inning, thanks in part to a pair of Athens errors, and RBI singles by Mikenna Buchanan and Skylar Smith, but the Lady Wildcats answered with three runs in the home half of the frame.

With two outs, Mallory Mummert one-hopped the right field fence for a two-RBI triple, then scored on an RBI single by Addy Repsher.

Ashlyn VanFleet drew a walk to lead off the bottom of the second, and later scored on a wild pitch to give Athens a 4-3 lead.

Skylar Smith’s RBI single in the top of the third tied the game at 4-4, but the Lady Wildcats blew the game open in the bottom of the frame.

A solo home run by Audrey Hatch put Athens ahead 15-4 in the bottom of the fourth. Moments later, Sullivan tripled and scored on a throwing error on the play to make it 16-4.

Williamson scored four runs in the top of fifth inning to trim the deficit to 16-8, but Athens scored two runs in the bottom of the inning — on a sacrifice by Marissa Butler and an RBI single by Hatch — to close out the game via the “mercy” rule.

Hatch had four hits, including a home run, two runs scored and two RBI to lead Athens at the plate, while Repsher stroked three singles, scored two runs, and drove in three runs, and Aliyah Butler singled three times and scored one run.

Repsher earned the win in relief for the Lady Wildcats. She allowed three runs — all unearned — on two hits, while striking out four and walking two.

Athens, now 10-2, travels to Wyalusing Tuesday for the first of five road games in five days.