ATHENS RIDES BIG SECOND HALF TO 5-0 WIN OVER NEB 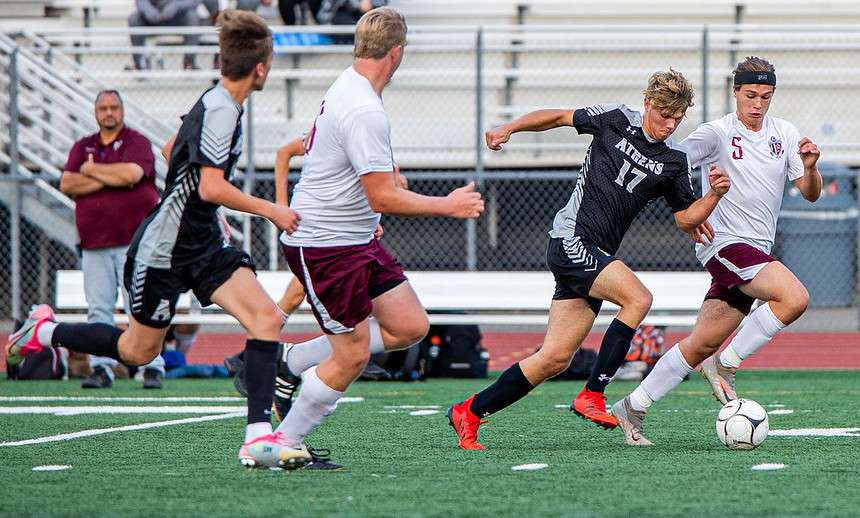 ATHENS — Athens scored four goals in the second half to pull away from Northeast Bradford in a 5-0 win here Monday afternoon in NTL boys soccer action.

With the win, the Wildcats improve to 4-1 in league play, and knock the Panthers, now 3-1-1 in the NTL, from the ranks of the unbeaten. Wellsboro leads the league with a 4-0-1 record.

After more than 28 minutes of scoreless action to start the game, senior Daniel Horton put the Wildcats on the board with 10:30 remaining in the first half.

Senior Mason Hughey made it 2-0 with 27:10 remaining in the contest, and junior Brayden Post scored to up the lead to 3-0 about eight minutes later.

With 14:05 remaining, senior Tucker Brown gave Athens a 4-0 lead, and Hughey capped the scoring with 9:23 left in the game.