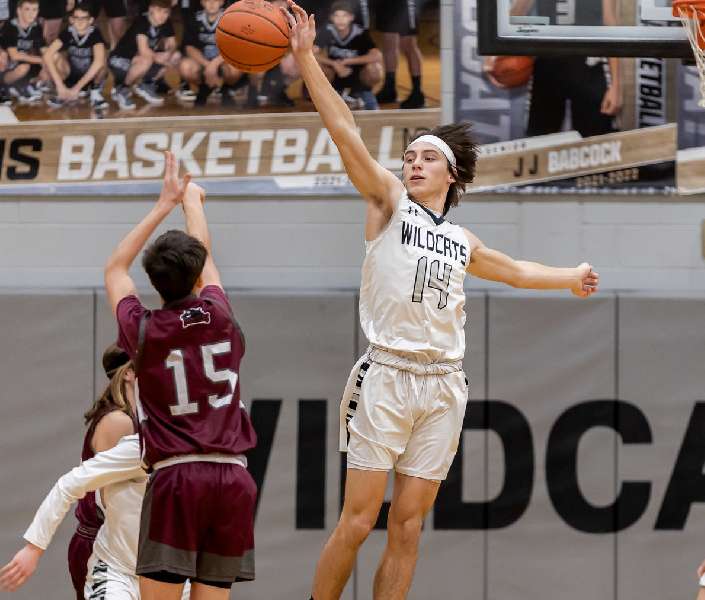 Senior J.J. Babcock canned a 3-pointer in the second minute of the game to give the Wildcats a lead, at 5-4, they would never relinquish.

Dan Seeley, who scored all eight of NEB's points in the first quarter, scored with 3:10 remaining in the first quarter to trim Athens' lead to 7-6, but the Wildcats scored the next five points on a bucket by Babcock, and three points by senior Nalen Carling, to take a 12-6 lead.

Seeley scored in the final seconds of the opening stanza to pull the Panthers within 12-8, but they wouldn't make another field goal for seven minutes.

Junior Mason Lister scored a pair of buckets, sandwich around a driving lay-up by Babcock to make it 18-8 with 6:45 remaining in the first half.

After a free throw by Seeley, Carson Smith knocked down a 3-pointer to trigger an 14-0 spurt that ended with old-fashioned three-point plays by Carling and senior Troy Pritchard, and a 3-pointer by Babcock to make it 32-9.

After a bucket by Seeley, Babcock scored a pair of buckets in the final 20 seconds of the first half to give the Wildcats a 36-11 lead.

Senior Ryan Thompson canned a 3-pointer in the closing moments of the third quarter to give Athens a 49-15 lead heading into the final eight minutes.

Thompson's bucket with 2 minutes left in the game gave Athens its biggest lead of the contest, at 53-18.

Babcock, who made 7 of his 11 shots from the field, led Athens with 16 points, four assists, and three rebounds, while Lister scored 12 points, and Carling had eight points, nine rebounds, and three steals.

Seeley led NEB with 11 points - all in the first half.