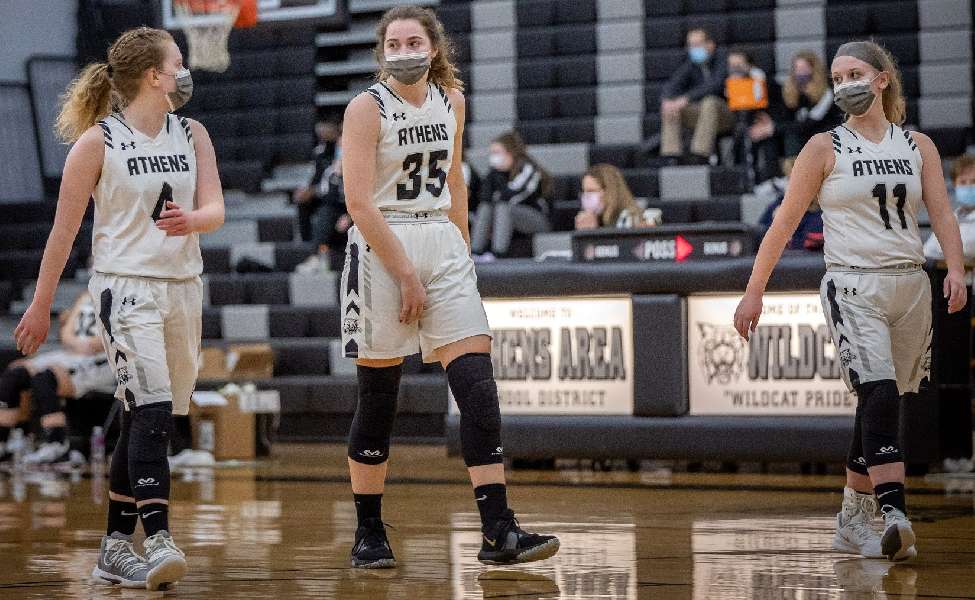 Senior Kayleigh Miller got off to a hot start, canning four 3-pointers in the first half en route to 16 points before the intermission.

“We moved the ball around great tonight setting up each other for a good offensive night,” said Athens coach Brian Miller. “And, Kayleigh shot the ball great tonight from the perimeter.”

Miller scored eight points in the first quarter to help the Lady Wildcats to an 11-8 lead.

She added two more 3-pointers, and eight more points in the second quarter, and senior Megan Collins buried a 3-pointer and scored five points to fuel a 19-1 Athens outburst that upped the lead to 30-9 at the halftime break.

Junior Caydence Macik took over in the third quarter, scoring eight points in a 16-2 run that pushed the Lady Wildcat lead to 46-11 entering the final eight minutes.

Miller led Athens with 23 points, including five 3-pointers, five assists, and four rebounds. She made 9 of 17 shots from the field, including 5 of 9 from behind the 3-point arc.

Macik had 13 points, four rebounds, four steals, and four blocked shots in the win, while Collins added eight points, including a pair of treys on just two shots from behind the arc, three steals, and three assists, and Stephens added four points and four rebounds.