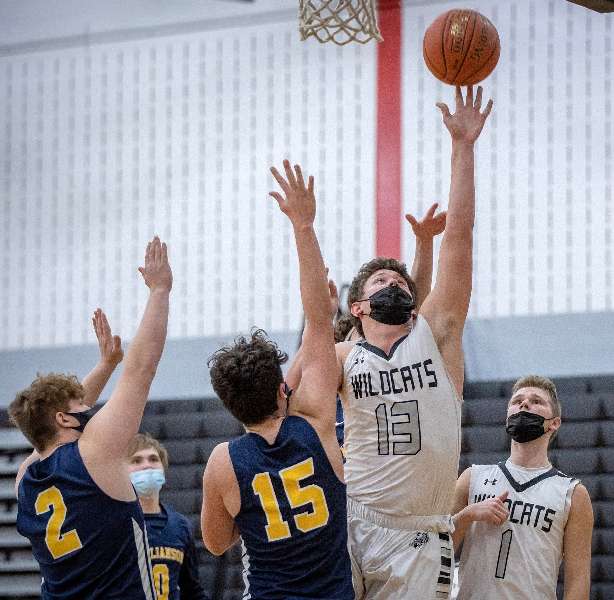 ATHENS — Athens turned a close game into a rout with a second-quarter blitz on its way to a 73-27 win over Williamson here Friday night in NTL Large School Division boys basketball action.

Seven different Athens players put their names in the scorebook in the first quarter, led by five points from junior Nalen Carling, four points by senior Griffin Stein, and old-fashioned three-point play by junior J.J. Babcock, as the Wildcats built an 18-12 lead.

Babcock scored 10 points, including a 3-pointer and a conventional three-point play, in the second quarter, while junior Tucker Brown added seven points, including a trey, and juniors Shayne Reid and Troy Pritchard chipped in with four points apiece in a 28-4 run that extended the Wildcat lead to 46-16 at the intermission.

Athens added three points to its advantage in the third quarter, and sophomore Carson Smith buried a pair of 3-pointers in the fourth quarter to fuel a 15-2 game-closing run.