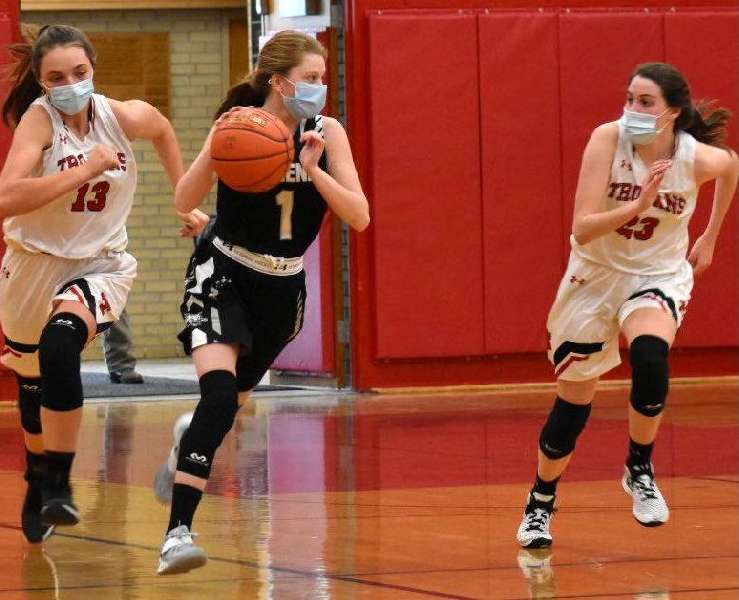 “We struggled early making open jump shots,” said Athens coach Brian Miller. “But, we got our legs under us and made some nice shots and executed much better in the second half.

“And, shooting 19-21 from the foul line was outstanding,” added Miller.

Senior Kayleigh Miller scored four points in the first quarter, and senior Megan Collins added a 3-pointer to help Athens to a 9-4 lead after the first eight minutes.

Miller canned a 3-pointer and scored five points in the second quarter as Athens added two points to its advantage, taking an 18-11 lead into the halftime locker room.

Junior Caydence Macik took over in the second half.

Macik scored eight points in the third quarter, and Miller added four points to account for all the Lady Wildcats’ points in a 12-5 run that pushed their lead to 30-16.

Macik added nine more points, including a 5-for-5 effort from the free-throw line in the fourth quarter, and Miller added six points in a 21-6 blitz that blew the game open.

“Emma Bronson had a good second half,” said Miller. “She played the passing lanes, and was finding girls in transition.”

The Lady Wildcats made 13 of 14 free-throw attempts in the fourth quarter, and 19 of 21 in the contest. Miller was 8 of 9 from the line, and Macik made 7 of 8, while sophomore Emma Bronson and sophomore Braelynn Wood were both 2-for-2.

Sophomore Karlee Bartlow grabbed seven rebounds in the win, while Bronson had four steals, and three rebounds, and sophomore Natalie Watson chipped in with four boards.

Sydney Taylor led Troy with 11 points and Hannah Zimmerman was 7-for-8 from the free-throw line for seven points.

Athens, now 6-1, returns to action Monday when it hosts Sullivan County — the first of three home games next week for the Lady Wildcats.