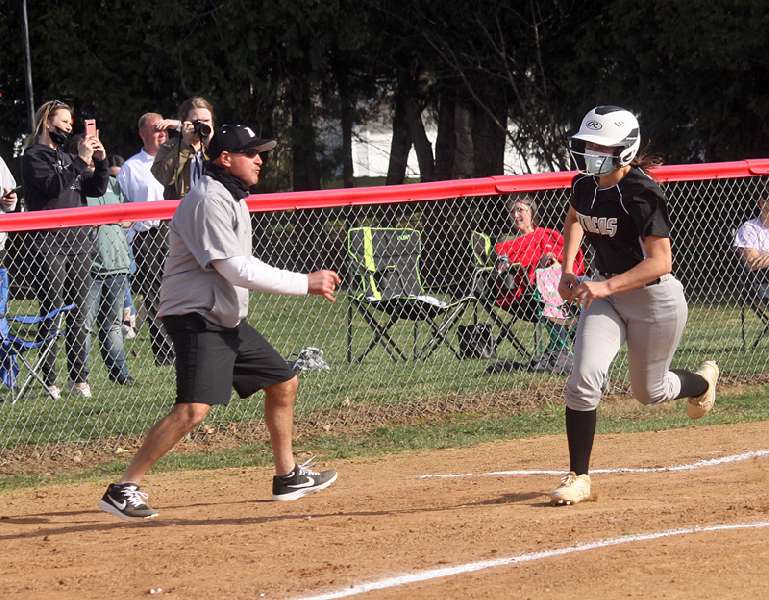 The win was also the first career varsity win for first-year Athens coach Charlie Havens, who spent 20 years (18 at Waverly and two at Corning) as a JV coach.

“I felt like we let one get away from us last week at Canton,” said Havens. “To come back and get that first win out of the way feels pretty good.”

Junior Karter Rude led off the game with a single, and sophomore Jaren Glisson worked a walk. Consecutive wild pitches gave Athens a quick 1-0 lead, and left Glisson at third base.

After a walk to sophomore Cam Sullivan, Lister ripped an RBI double to make it 2-0. Moments later, sophomore Lucas Kraft stroked an RBI single to up the lead to 3-0.

“We really came out swinging and we were aggressive on the base paths,” said Havens. “It was good to get guys moving, and see what we could do.

“We hit the ball really well, especially in that first inning, then we tacked on a few runs throughout the game,” he added.

The Wildcats added a run in the second and two more to extend the lead to 11-0.

“As the game goes on, and the more pitches he throws, he gets stronger, and really starts pounding the strike zone,” added Havens. “He’s been really good for us.”

Lister has struck out 14 and walked six in six innings this season.

Kyler Setzer scored three runs in the win, while Vough had two RBI and one runs scored, Glisson scored two runs, Stringham scored one run and drove in one run, and Sullivan crossed the plate once.

Athens, now 1-1, returns to action Monday at Cowanesque Valley in a game that was originally scheduled for Thursday.