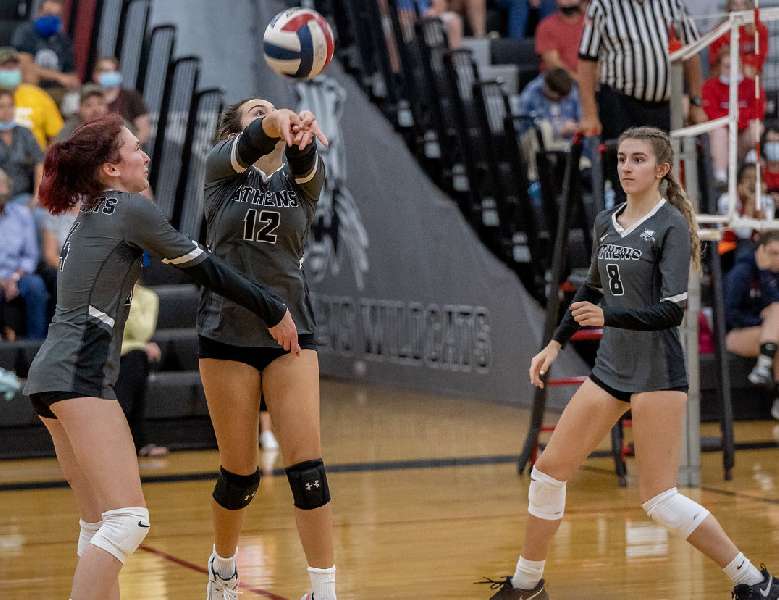 ATHENS — Athens dominated the first two sets, and fended off a Sayre rally in the third set to post a sweep of its crosstown rival here Tuesday night in NTL volleyball action.

“The girls played well tonight,” said Athens coach Heather Hanson. “I was pleased with their performance and they should be pleased with how they played.”