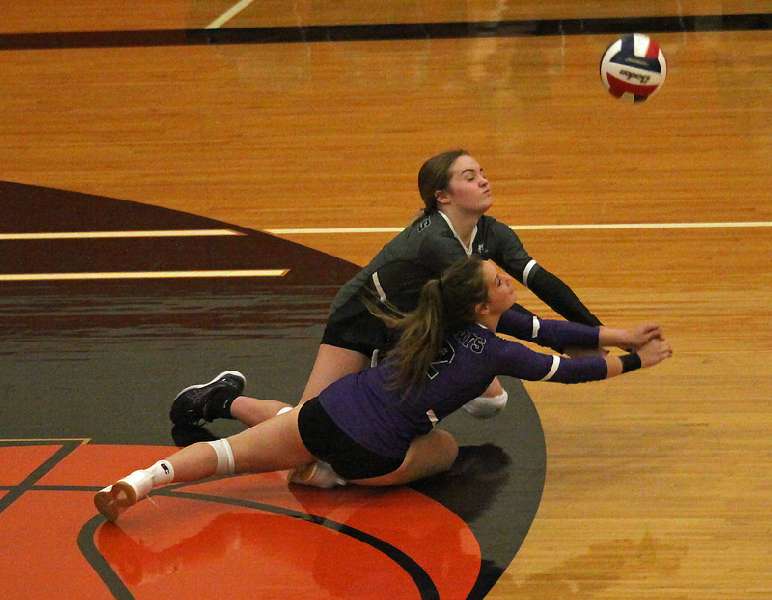 With the win, Athens improves to 6-6 and qualifies for postseason play. Because there are just two Class AAA teams in District 4, the Lady Wildcats will attempt to play its way into the state tournament through District 2. They open play Saturday at top-seeded Berwick (12-1) at noon in the opening round of the District 2-4, Class AAA Sub-Regionals.

“I am really proud of this team for putting it together,” said Athens coach Heather Hanson. “We talked a lot about finding a way or making one.

“They have come together as a team and that's the biggest thing,” added Hanson. “Learning that together everyone achieves more is the most important life lesson.”

“I am very proud of the girls, and how they played tonight,” said Hanson. “The girls played incredible.

“We were missing Taylor Walker, who is one of our loud girls, (but) Ally Martin really stepped up and was loud and had massive kills tonight,” Hanson added.

Junior Jenny Ryan had her second consecutive triple-double with 10 points, 19 digs, and 17 setter assists, to go along with seven kills, and one block, while junior Audrey Clare had 11 points, six kills, and 15 digs, and senior Ally Martin has seven service points (three aces), 11 kills, one block and 15 digs.