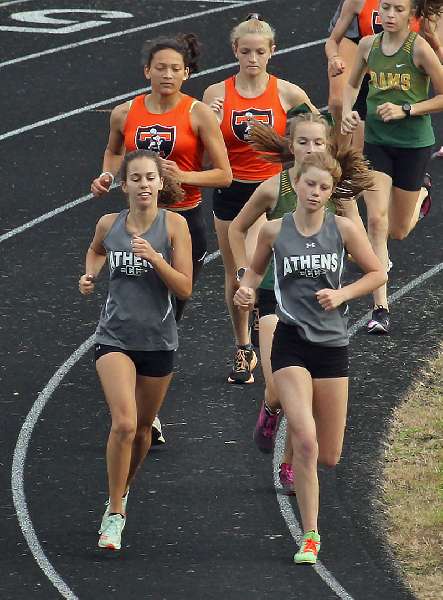 BOYS
Athens 25, Wyalusing 33
Athens 19, Towanda 40
Wyalusing standout Zion Laudermilch ran away from the field, but Athens had five runners in the top 11 to pull out a pair of wins.

Laudermilch clocked in at 18:14, 63 seconds ahead of runner-up Athens senior Matt Gorsline, who crossed the finish line in 19:17.