BIG INNING PROPELS ATHENS PAST WAVERLY, 9-3, AT 'BATTLE AT THE BORDER' 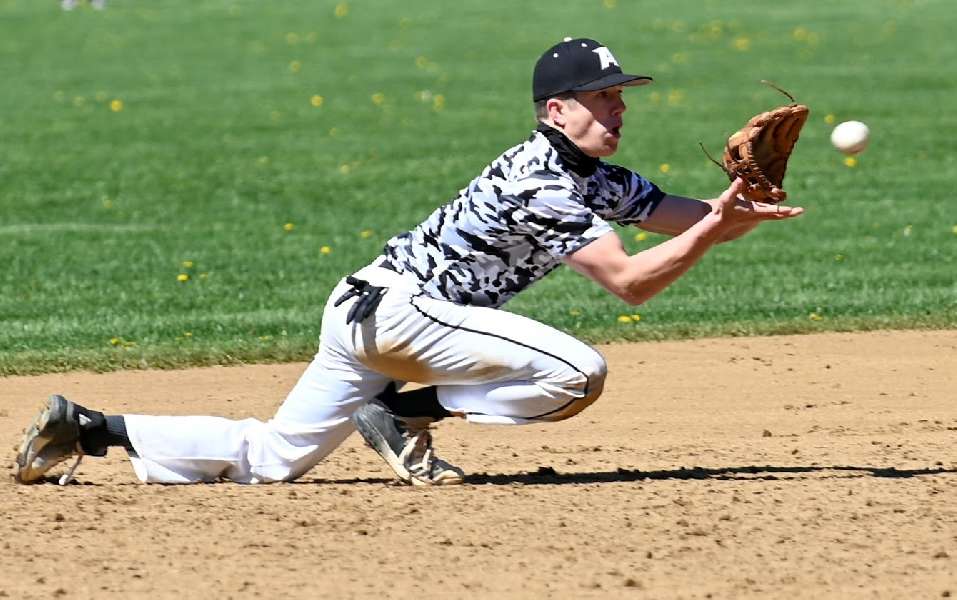 WAVERLY — Waverly drew first blood, but Athens used a big fifth inning to break open a tie game en route to a 9-3 win here Saturday morning in the opening game of the “Battle at the Border” baseball showcase.

“After the first inning, we settled down and played great defense the rest of the game,” said Athens coach Charlie Havens. “And, we hit the ball pretty well.”

“We were able to put together a big inning,” added Havens. “We capitalized on a couple of their mistakes and scored some runs with two outs; that was big.”

““Athens took advantage of a couple of our mistakes and had a big inning in the fifth, and that big inning was hard for us to recover from,” said Waverly coach Kyle McDuffee.

Athens improves to 8-6 on the season, while Waverly falls to 0-1.

“I think there were some first-game jitters,” said McDuffee.

Walks to junior Thomas Hand and freshman Jay Pipher, and a single by freshman Joey Tomasso loaded the bases for the Wolverines in the bottom of the first inning.

With one out, Waverly took the lead on an Athens error, and junior Kaden Wheeler followed with an RBI single to give Waverly a 2-0 lead.

Junior Brennan Traub capped the rally with an RBI groundout to make it 3-0.

The Wildcats answered with three runs in the top of the second inning.

Sophomore Lucas Kraft reached on an error lead off the frame, then with one out, junior Kaden Setzer walked and and sophomore Gage Warner reached on an infield single to load the bases.

Senior Kyler Setzer put the Wildcats on the board with an RBI single, and junior Karter Rude tied the game with a line-drive, two RBI double to left field.

Both pitchers — Athens junior Mason Lister, and Traub — settled in and the game remained tied at 3-3 until the fifth inning.

In the top of the fifth inning, Pipher, on in relief for Waverly, retired the first two Athens batters, then ran into trouble.

After sophomore Jaren Glisson walked, Kaden Setzer and sophomore Gage Warner were hit by pitches to load the bases. Kyler Setzer stroked a two-run single to put the Wildcats up 5-3, and Rude followed with an RBI single to make it 6-3.

Lister led off the top of the sixth with a double, and scored on a sacrifice fly by Glisson to provide the final margin.

Rude had three hits, including a pair of doubles, scored one run, and collected three RBI, and Kyler Setzer singled twice, scored two runs, and had four RBI to pace Athens’ seven-hit attack.

Lister earned the win for the Wildcats, allowing three runs — two earned — on five hits, while striking out seven and walking two in five innings of work.

“Lister did a nice job. He kept the ball down, and really kept us off balance,” said McDuffee.

Sophomore Cam Sullivan finished off the game with two perfect innings of relief.

Juniors Caden Hollywood and Traub each singled and drove in a run, while Hand and Tomasso each singled and scored one run, and Wheeler singled to account for Waverly’s five hits. Pipher scored a run.