CANTON HOLDS OFF ATHENS, 4-2, IN SEASON-OPENER 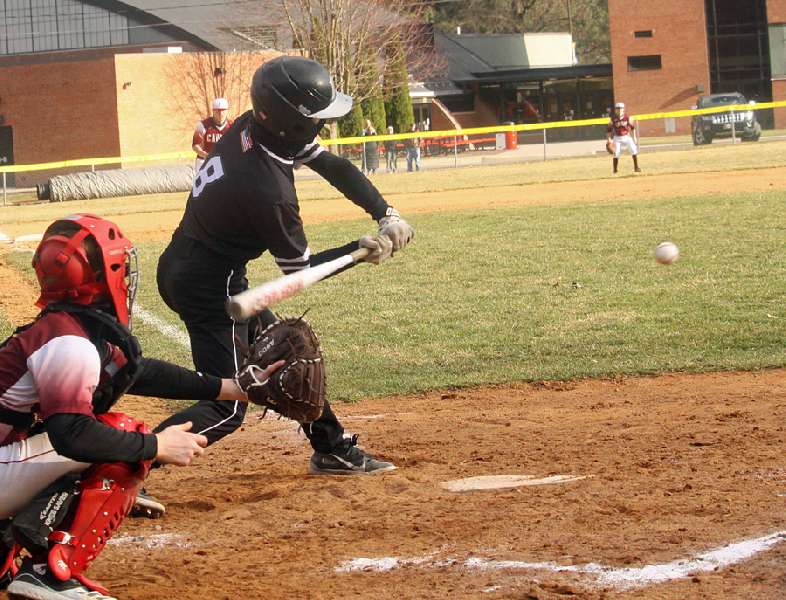 CANTON — Canton took an early lead with three unearned runs in the home half of the third inning on its way to a season-opening, 4-2, win over Athens here Friday afternoon in NTL baseball action.

After a two-out error kept the inning alive, Weston Bellows walked, and Joel Schoonover ripped a two-RBI double into left field to give the Warriors a 2-0 lead. Carter Route capped capped the rally with a run-scoring single to left field.

The Wildcats responded quickly with a run in the top of the fourth inning, but it could have been a much bigger rally.

Sophomore Lucas Kraft stroked a lead-off single to right field, and junior Tucker Brown and senior Dylan Merritt followed with walks to load the bases. Sophomore Gage Warner knocked in a run with a sacrifice fly to trim the Wildcat deficit to 3-1.

With two outs, junior Karter Rude walked to re-load the bases, but Canton’s Cooper Kitchen pitcher registered his second strike out of the inning to end the threat.

Canton added a run in the bottom of the fourth on an RBI single by Hudson Ward to make it 4-1.

Athens took advantage of four walks in the top of the fifth inning to score one run, but Bellows, on in relief, registered a strikeout to end the bases-loaded jam.

The Warriors loaded the bases with one out in the bottom of the fifth inning, but sophomore Mason Lister, on in relief, used a strikeout and an infield pop out to escape the threat unscathed.

In the top of the seventh, Lister was hit by a pitch to lead off the inning. Kraft followed with a single that sent Lister to third base, and Brown reached on a bunt single to load the bases.

Schoonover enter in relief for the Warriors and struck out the first two batters he faced. The game ended with a play at the plate on a ball that squirted away from the Canton catcher.

The Wildcats, who left 12 runners on base, outhit the Warriors 6-3 in the game.

Kraft led Athens with two hits, while sophomore Cam Sullivan singled and scored one run, and sophomore Jaren Glisson, Brown, and Merritt each added a single. Warner and junior Jared Peterson each had one RBI, and Kaden Setzer scored one run.

Kraft was tagged with the tough-luck loss in his first varsity start. He allowed four runs — one earned — on two hits, while striking out two and walking four in three innings of work.