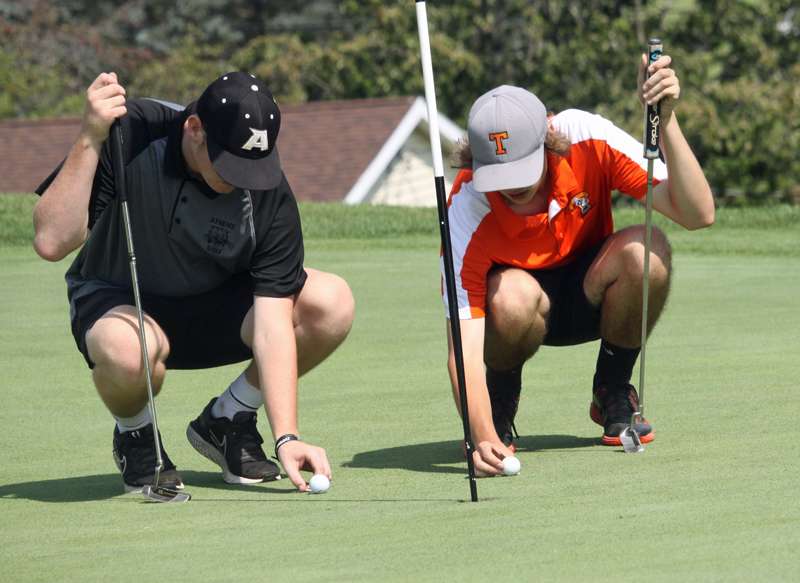 Wyalusing earned first-place honors on the day with a four-player aggregate score of 370, while Wellsboro was second with a 395, Athens shot a 404, Towanda was fourth with a 448, Cowanesque Valley was fifth with a 454, and North Penn-Mansfield was sixth with at 502.

Sayre did not field a full team due to Covid quarantines that led to the absence of three starters.

Wyalusing junior Brody Fuhrey won low-medal honors with a round of 86, while NP-M junior Andrew Green and Wyalusing sophomore Nick Salsman tied for second with rounds of 89.

Saxon shot a 90 to lead the Valley contingent, while Athens junior Cam Sullivan and Sayre senior Dylan Seck tied for ninth with rounds of 96, and Athens sophomore Evan Cooper finished 11th with a 97.

Sayre senior Dom Fabbri finished 19th with a 104, and Sayre junior Colton Watkins was 20th with a 105.

Junior Lucas Kraft rounded out the Wildcat scoring with a 121, while sophomore Sean Clare and freshman Keaton Sinsabaugh each tacked on non-scoring rounds of 123.