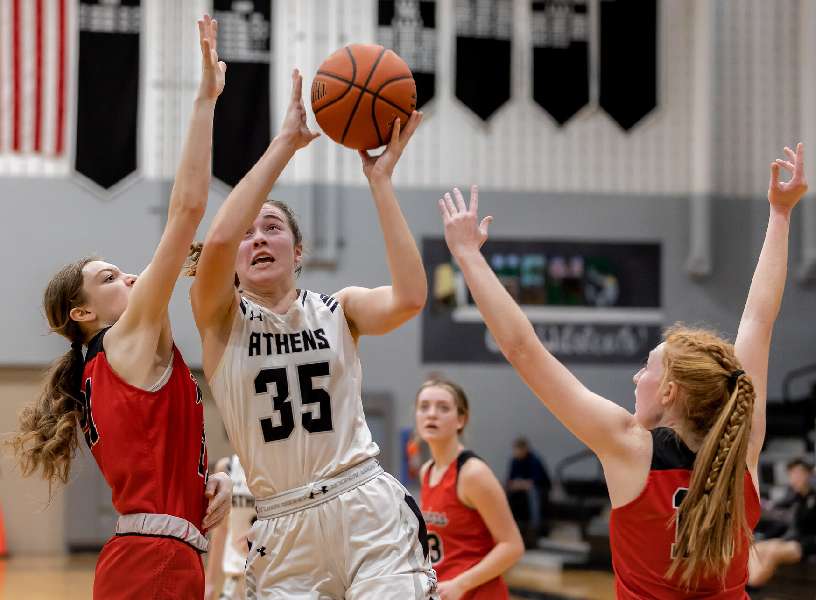 ATHENS — Athens fell behind early, but dominated through the middle two quarters on its way to a 52-33 win over Canton here Friday night NTL girls basketball action.

Carolyn Thoren scored six points, and the Lady Warriors held Athens without a field goal in the game's first eight minutes en route to a 10-2 lead, but senior Caydence Macik took over for the Lady Wildcats in the second quarter.

Freshman Addy Wheeler scored seven points in the third quarter, and Macik added six in a 15-2 third-quarter run that gave Athens a 34-15 lead heading into the final eight minutes.

Canton more than doubled its output in the game, scoring 18 points in the fourth quarter, but the Lady Wildcats matched their total salt away the win. Wheeler, with eight points, and Macik combined for 14 points in the closing stanza.