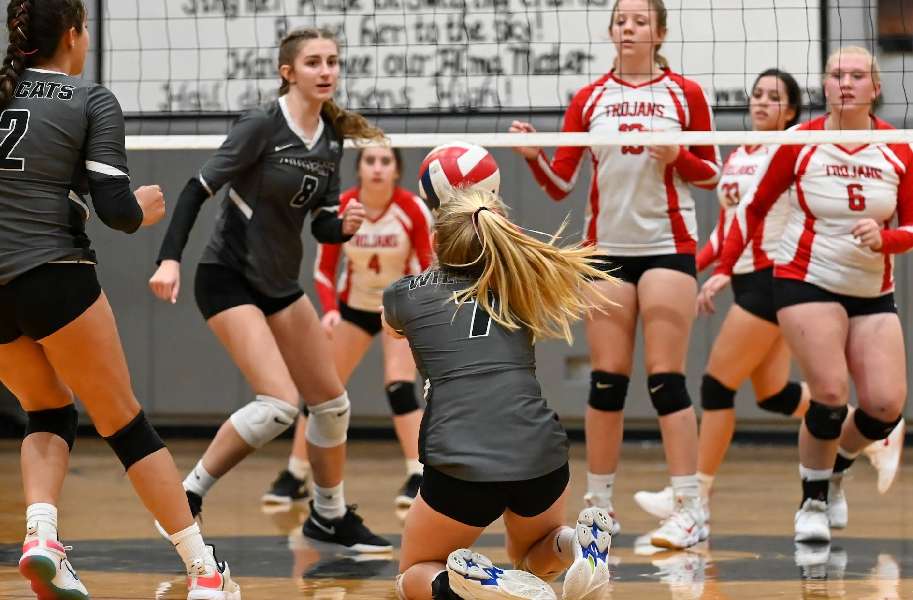 “Ella Coyle with 22 digs and 17 serve receptions; she showed why she is wearing that purple jersey,”
said Hanson. Casey Friend was a wall tonight, with f solo blocks — that has got to be a record at Athens.”