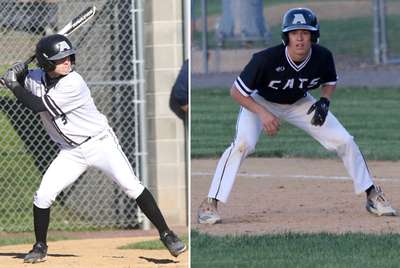 NTL Small School, and District 4, Class AA champion Sayre received the majority of the top league awards with junior Brayden Horton voted “Player of the Year,” and sophomore Lucas Horton named the “Pitcher of the Year.”

Sayre coach Jamie VanDuzer and his staff — Mike Cron and Joe Wheeler — were named the “Coaching Staff of the Year.”

Freshmen Hudson Ward of Canton and Trehnon Hugo of Wyalusing were bored “Rookies of the Year,” and Wellsboro’s Cam Brought was the “Newcomer of the Year” — given to a first-year varsity player.

FIRST TEAM
Kaden Setzer, junior, OF / C, Athens: After a couple of years away from the game, Setzer returned to the diamond without missing a beat.