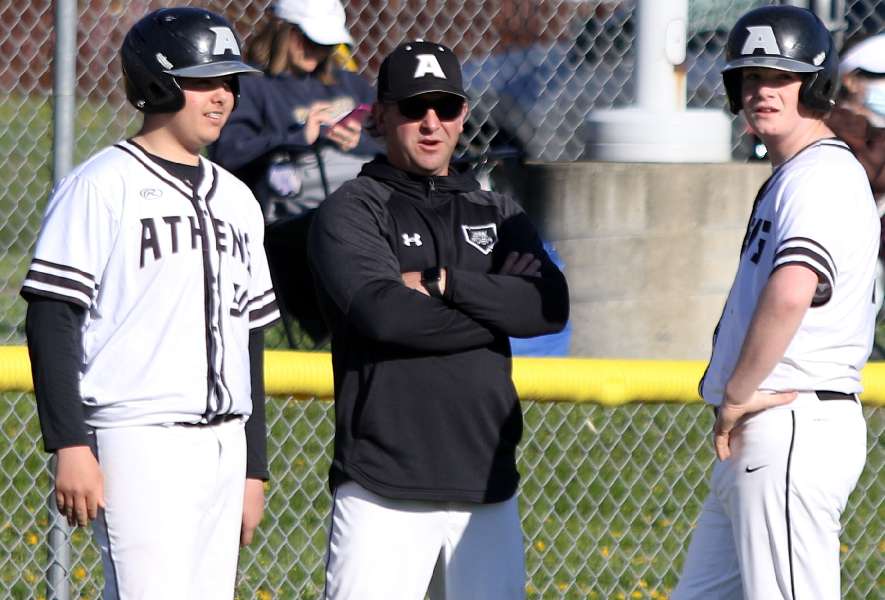 Warner scattered three hits over five innings, while striking out three and walking two to earn the win for the Wildcats. Sullivan allowed one hit and one walk, and struck out two in two innings of work.

Athens jumped on the Warriors early, scoring four runs in the bottom of the first inning.

Junior Karter Rude led off the game with a single, and ended up on third base after sophomore Caleb Nichols and Sullivan were hit by pitches.

Rude scampered home on a passed ball for the game’s first run, then sophomore Mason Lister made it 2-0 with an RBI single. With two outs, Warner helped his own cause to make it 4-0.

Williamson starter Cody Fleming settled down after the first inning. He allowed just a second-inning single by Nichols before running into trouble again in the fourth inning.

Kyler Setzer led off the bottom of the fourth inning with a single, stole second, and scored on an RBI double by Kaden Setzer to make it 5-0.

With one out, Nichols was hit by a pitch again to put runners on first and second. The runners moved to second and third, then scored on a ringing two-run double by Sullivan to extend the lead to 7-0.

After a Lister single and stolen base, pinch-hitter senior Tanner Dildine capped the rally with a two-RBI double.

Athens, now 5-6, travels to Towanda Wednesday for the first of four road games in four days.