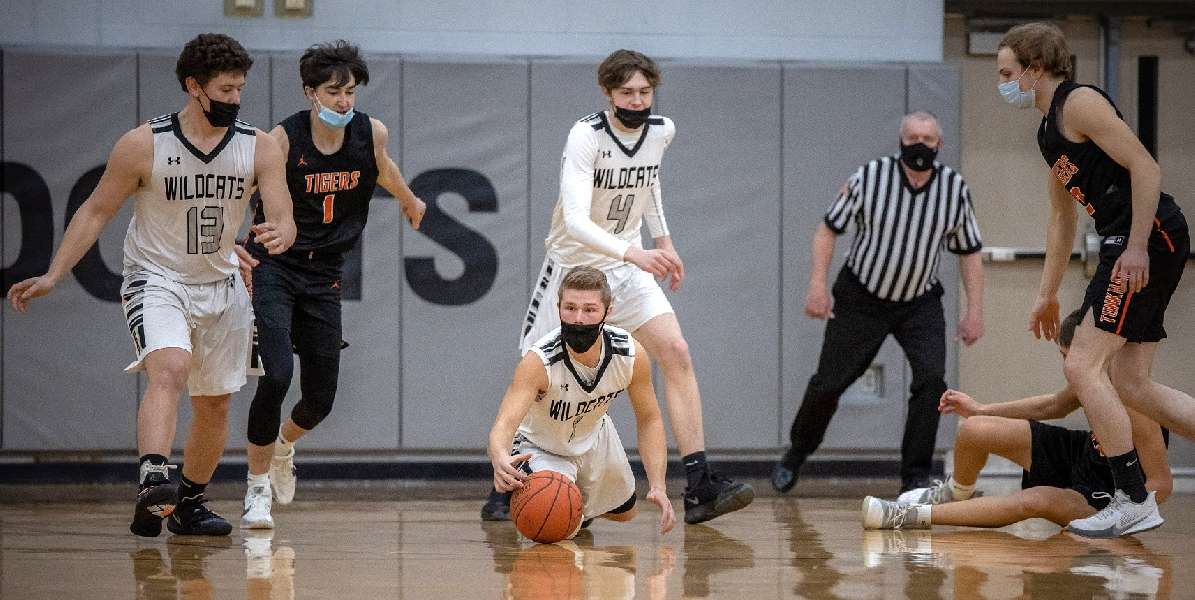 ATHENS — Sophomore Ben Chilson put on a show here Monday night, knocking down 12 3-pointers — nine in the first half — en route to a 50-point performance in leading Tunkhannock to an 88-70 non-league boys basketball win over Athens.

“I’m not unhappy in how we played tonight,” said Athens coach Jim Lister. “Normally, when you put up 70 points in high school basketball you win.

“Not tonight, though, because I watched one of the best shooting performances I have ever had the pleasure of watching,” noted Lister. “We contested every shot, but it didn’t matter.

“(Chilson) and his teammates just could not miss tonight,” Lister added.

Lister said this game, like the Wildcats’ other non-league contests, will benefit them in the long run.

“We will continue to keep playing these very good teams down south .. it's just going to make us better.”

Chilson, who connected on 12 of 18 shots from behind the arc, hit four 3-pointers and scored 15 points in the first quarter, and his teammate Ryan Harder drained two 3-pointers to help the Tigers to a 25-14 lead after the first eight minutes.

The lead was nearly 14 points at the end of the first quarter, but Athens junior Shayne Reid’s shot from well behind the mid-court line found nothing-but-net at the buzzer.

Chilson, who also had a pair of big dunks in the game, scored 21 more points, including five 3-pointers, in the second quarter to give him 36 points in the first half. Tunkhannock outscored Athens 30-18 in the stanza to take a 55-32 lead into the halftime locker room.

Juniors Tucker Brown and Troy Pritchard scored six points apiece in the third quarter, and senior James Benninger-Jones and junior J.J. Babcock added 3-pointers for the Wildcats, but Ben Chilson countered with seven points, including two 3-pointers, and senior Jack Chilson scored five points, including his second trey of the game. Both teams scored 21 points in the third quarter, and the lead remained at 23 points, at 76-53, entering the final eight minutes.

Harder added 19 points, including a trio of 3-pointers, and Jack Chilson chipped in with 10 points.