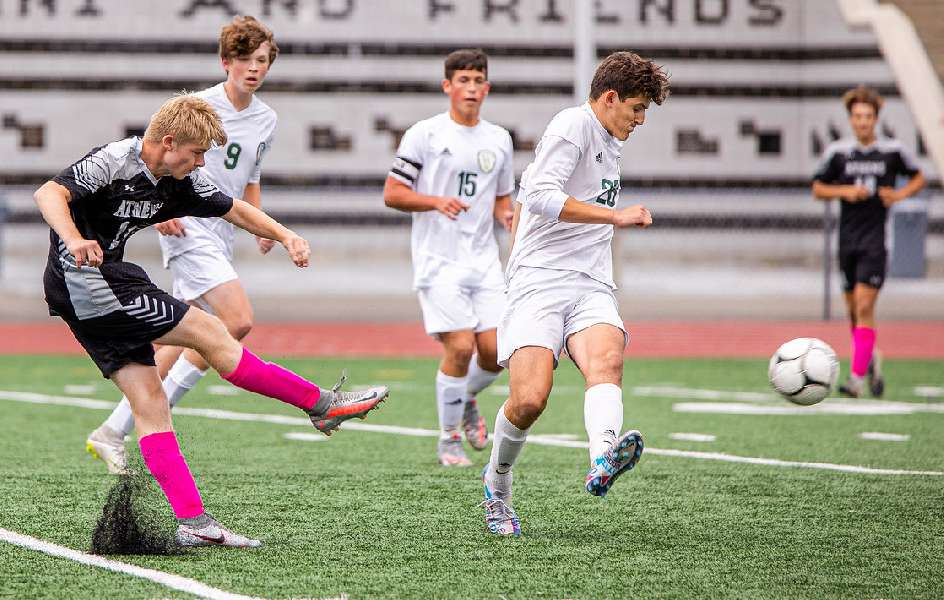 ATHENS — Four different players scored goals, including three in a 4 1/2-minute span, to lead Wellsboro to a, 5-3, come-from-behind win over Athens here in NTL boys soccer action at Alumni Stadium.

“Truthfully, it is unacceptable on our part,” said longtime Athens coach Jake Lezak. “Mentally, the guys have to get it figured out.

“(Wellsboro) capitalized on some very poor team defending, and individual defending … and took advantage of miscues and bad plays.

“I mean, we gave up five goals, four in the second half — three within about five minutes, and it was 100 percent on us,” added Lezak. “The guys have to take ownership of it, and do a better job with the mental side of the game.”

Lezak said there was some good in the game for the Wildcats, but once it went bad, his team did not respond.

“In my opinion, we had the better of the play for all, but about 12 minutes of the game, most of that in the second half.

“We have all the tools to be successful. We had all the tools tonight to win, and we simply did not put it together for 80 minutes,” said Lezak. “It’s not like you have to play a mistake-free game, but you certainly can’t fold like that.

“We didn’t play a team game, and (Wellsboro) did,” noted Lezak. “When we started making mistakes, guys started standing and watching.

“You can’t win games with 11 guys working together,” he added.

Wellsboro’s Sam Rudy scored about 7 1/2 minutes into the game, and Green Hornets held the lead for more than 25 minutes.

With 6:38 remaining in the half, senior Nate Quinn, off a feed from senior Daniel Horton, found the back of the net to tie the game at 1-1.

Three minutes later, Quinn, off an assist from senior Mason Hughey, ripped a shot into the net gain to give the Wildcats a 2-1 lead.

About 4 1/2 minutes into the second half, Jacoo Abadi scored for the Green Hornets to tie the game at 2-2.

Hughey put Athens ahead 3-2 with a goal about 14 minutes later, but Wellsboro answered with a trio of goals in rapid succession.

With 19:03 remaining, Matthew Richards found the back of the net to tie the game at 3-3. Just 41 seconds later, Rudy gave the Green Hornets the lead for good, at 4-3.

“We created opportunities and finished our shots tonight, a combination we have been missing. The boys continue to play with great resolve,” said Wellsboro coach Todd Fitch.

Lezak, now in his 17th season, said he’s not sure the last time Athens gave up five goals in an NTL match.

“I would say you would have to go back to my first couple years, when Troy was dominating the league.”

Wellsboro had a 16-15 edge in shots-on-goal, while Athens had a 4-3 advantage in corner kicks.

Grant Liechty had five saves in net for the Wildcats.