WILDCATS WILL BE MIX OF EXPERIENCE AND YOUTH IN 2021 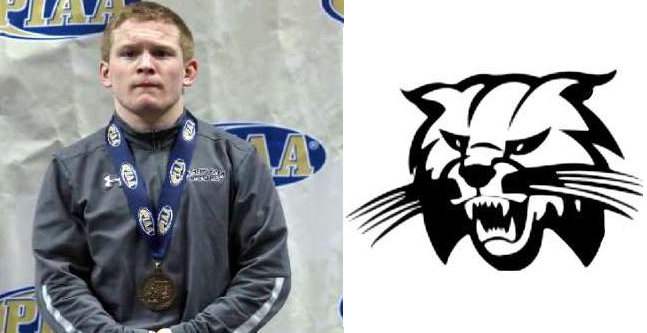 ATHENS —   Longtime Athens wrestling coach Shawn Bradley says the Wildcats will be a mix of experienced grapplers and newcomers in 2021.

“We had some guys not come out that we were expecting to be here, but we have some studs back, and some promising young kids,” he said.

Two-time PIAA place-finisher Gavin Bradley, who was 40-4 and finished seventh in the state, is the headline wrestler returning for the Wildcats.

“Gavin (Bradley) is back. He worked his butt off again this summer, and works hard in here every day,” said Shawn Bradley. “He didn’t get the 80 matches he wrestled last offseason, but he still food a way to get his work in.”

“Jake Courtney and Kaden Setzer, who have both worked their tails off, are back,” said Bradley.

“Zach (Stafursky) had a little knee injury in the spring, but he’s healthy and he’s back for us,” noted Bradley. “He’s our lone senior.

“Some of our better wrestlers may not spend all their time on wrestling, but they’re stud athletes,” added Bradley in reference to Rude.
Also returning are juniors Lucas Forbes (5-11) and Colin Rosh (2-7).
Senior Kyler Setzer (20-9) is battling an injury and is questionable for the season.
The Wildcats have a host of newcomers in the room this year. Bradley has high hopes for at least two  of them.

“We’re glad to have (sophomore) Chris Bathgate in the room,” he said. “He really hasn’t wrestled in high school yet, but he’s a stud.

“And (freshman) Josh Nittinger went to States as an 8th-grader last year.

“There’s a lot of promise here,” added Bradley. “We just have to cultivate it, and keep working forward.”
Other newcomers include Josiah Stringham, and freshmen Mason Vanderpool, Ryan LaSusa, and Brock Dennison.
Bradley took note of the absence of a handful of wrestlers not back from last year’s team, and said he has made changes in his style of coaching.

“In the past, guys would tell horror stories about our practices, but I’ve had to change it up,” said Bradley. “Kids just aren’t use to that level of intensity anymore. Most of them don’t really want that anymore, so we have to be able to coach to both groups; that’s the biggest thing we’re trying to change.

“We’ve had to adjust up our practice schedule because we’ve lost kids, so we’ve had to change it up a little bit to try to keep more kids,” added Bradley. “It’s a different world right now.”

“I can’t say enough about what Jay (White) has done with our schedule,” he said. “He’s probably re-done our schedule four times already. I know he’s done it twice this week.”

Bradley has always been a proponent of a tough schedule.

“You want to test these kids up front. You don’t want the first time they’re tested to be the semifinals of districts,” said Bradley. “If the first time you’re down one point is with 20 left is in the semis at Districts, you’re in deep trouble.”

He’s also never been a fan of dual meets.

“The problem is duals allows other teams to dodge your studs if they want to,” he said. “You can chase good matches, which a lot of times you’ll see us do.

“I’ll tell a coach before-hand I want our kid to wrestle your kid because it will make them both better; that’s more important than winning the dual,” added Bradley.

The postseason has also undergone some major changes this season. Instead of advancing from Regionals to States, wrestlers will have to compete in a Super Regional.

“It could be good or bad,” said Bradley. “Guys will have to peak at the right time.

“First of all, Sectionals are at Athens, which is not a terrible thing,” laughed Bradley. “Our guys will get to wrestle in their own gym.

“These are all going to be one-day tournaments, and that could be a tough thing because if you have a bad day, your postseason could be over,” noted Bradley. “In the past, you could lose Friday night at Districts, but come back Saturday and win four or five matches and move on. You won’t have that option this year, you have to be on.

“It’s going to be a little different,” added Bradley. “Kids are going to have to scale themselves a little bit different, so they can wrestle those one-day events and be at a peak performance.”

The Super Regional will make it even more difficult to get to States.

“Well, there are going to be four State medalists there at Gavin’s weight,” said Bradley. “Those are things you’re dealing with when you do it this way. Kids are going to have to be on.

“But, if you place at Super Regionals, you know you have a State medal,” added Bradley. “Hopefully, it takes a little pressure off these guys and they let if fly at States.”