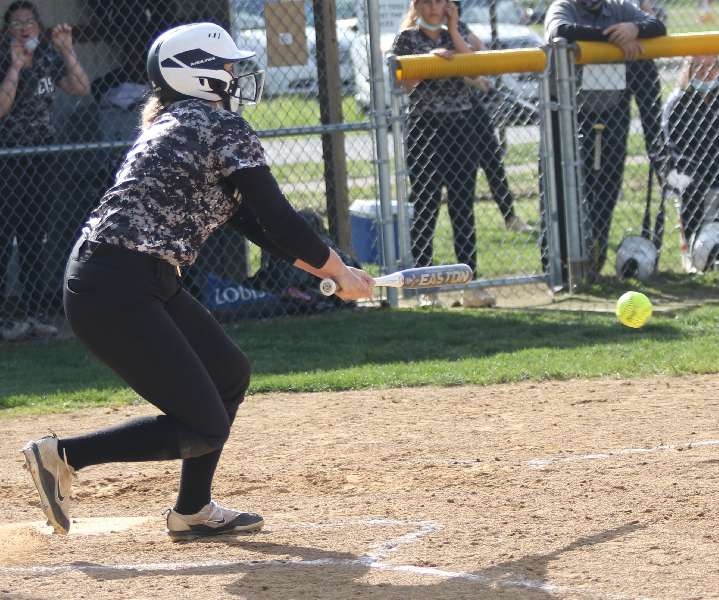 ATHENS — Danella Cornell’s two-run home run in the third inning was all the run support Hailey Jayne would need, but Wyalusing would tack on a couple of insurance runs in a 4-0 win over Athens here Wednesday afternoon in NTL Large School Division softball action.

Jayne was in control throughout, tossing a 3-hitter, while striking out 12 and walking none to earn the win. The Wyalusing defense committed just one error behind her.

Athens starter sophomore Aliyah Butler retired the first six batters she faced, but London Edwards reached base to lead off the third inning after her fly ball was dropped in the outfield.

Two pitches later, Cornell blasted a shot over the fence in left-center field to give the Lady Rams a 2-0 lead.

Wyalusing tacked on an unearned run in the fifth inning. Imogen Herbert reached base on a two-out error, then Jayne and Sydney Friedlander stroked consecutive singles to make it 3-0.

The Lady Wildcats had their best scoring opportunity of the game in the bottom of the fifth inning when senior Mallory Mummert led off with a double.

Moments later, sophomore Addy Repsher ripped a line drive up the middle, but Jayne snared it. An alert Mummert was able to get safely back to second base, but Jayne retired the next two batters to preserve the 3-0 lead.

The Lady Rams tacked on a run in the sixth inning on an RBI single by Edwards.

Butler was tagged with the loss. She allowed four runs — two earned — on six hits, while striking out four and walking none in 5 2/3 innings of work. Macik pitched 1 1/3 innings of scoreless relief, with one walk.