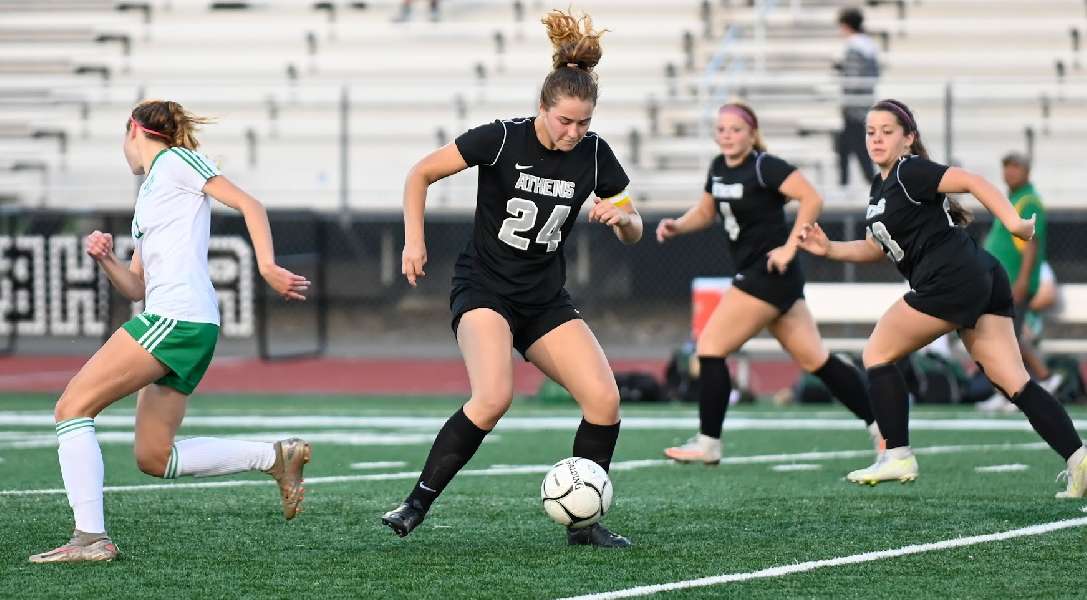 ATHENS — Wyalusing made the most of its three shots-on-goal as Olivia Haley scored in the final two minutes of the game to lift the Lady Rams to a 2-1 win over Athens here Tuesday afternoon in NTL girls soccer action at Alumni Stadium.

The loss is the first in league play for the Lady Wildcats, who are now 5-1. They fall into a first-place tie with Troy. Wyalusing and NEB are 1 game back.

“We faced a lot of adversity throughout the game, but nothing we haven’t seen before when playing them the last two years,” noted Pitts.

“I am proud of the girls, and how they handled themselves to the end,” he added. “We will get back to work and prepare for NEB.”

The Lady Wildcats struck first midway through the first half when senior Hannah Walker set up freshman Addison Wheeler for a goal to make it 1-0.

Layla Botts tied the in the 30th minute, and the game went to the half tied at 1-1.

With 1:57 remaining in the game, Haley scored an unassisted goal to give the Lady Rams a 2-1 lead.

Pearl O’Connor had six saves for Wyalusing, while Karlee Bartlow had one for Athens.