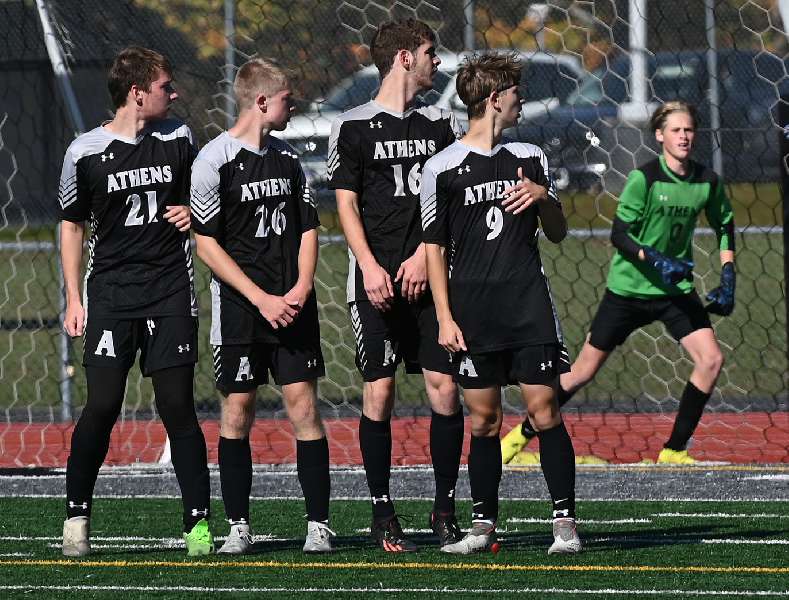 ATHENS — For the second time this season, Athens and Williamson played 100 minutes of soccer without determining a winner — this time in a 2-2 decision here Saturday at Alumni Stadium.

The Warriors scored in the third minute to take a quick 1-0 lead, then tacked on another goal in the 24th minute to make it 2-0.

Sophomore Marco Quiros, off an assist from junior Korey Miller, put the Wildcats on the board with 3:39 remaining in the first half to cut the deficit in half.

Midway through the second half, Miller tied the game with an unassisted goal.

With the tie, Athens finishes the season second in the NTL with an 8-2-2 mark, and Williamson was third at 7-2-3. Wellsboro claimed the team title with a perfect 12-0 league mark.