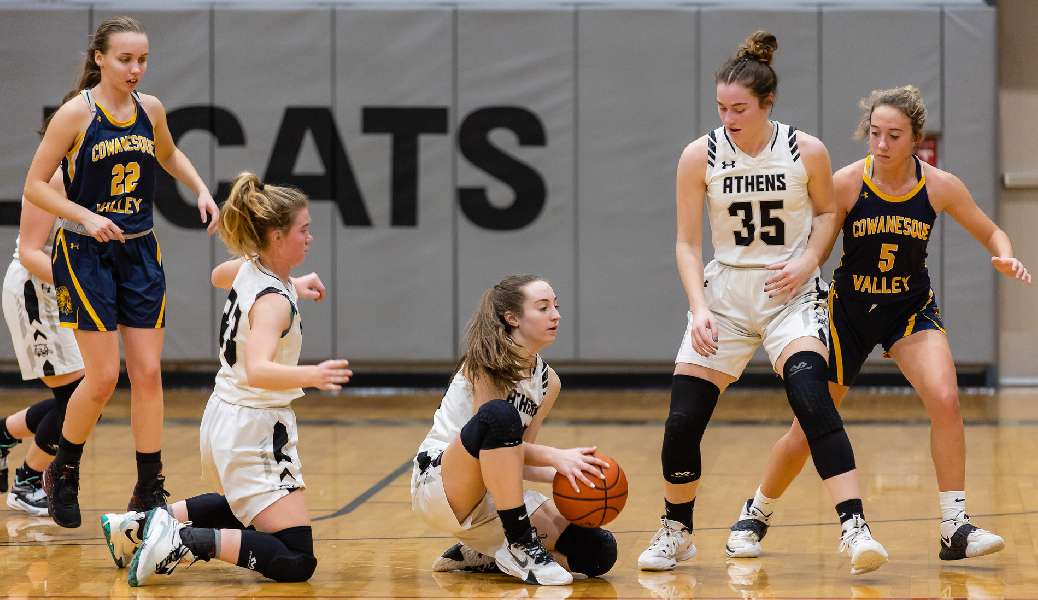 ATHENS — Athens kept Cowanesque Valley off the board in the first quarter, and built a quick double-digit lead en route to a 47-12 win here Friday night in NTL girls basketball action.

Freshman Addy Wheeler knocked down a 3-pointer and scored five points, and senior Caydence Macik added four points as the Wildcats opened the game with a 16-0 blitz.

The Indians scored in the opening moments of the second quarter, and the teams played even the rest of the quarter, and Athens took a 26-8 lead into the halftime locker room.

Macik and junior Emma Bronson scored seven points apiece in the third quarter, and junior Karlee Bartlow drained a 3-pointer to fuel a 19-2 blitz that extended the lead to 45-10 heading into the final eight minutes.

Athens, now 11-4, hosts Towanda Monday in a rematch of its 52-25 loss at Towanda Thursday.