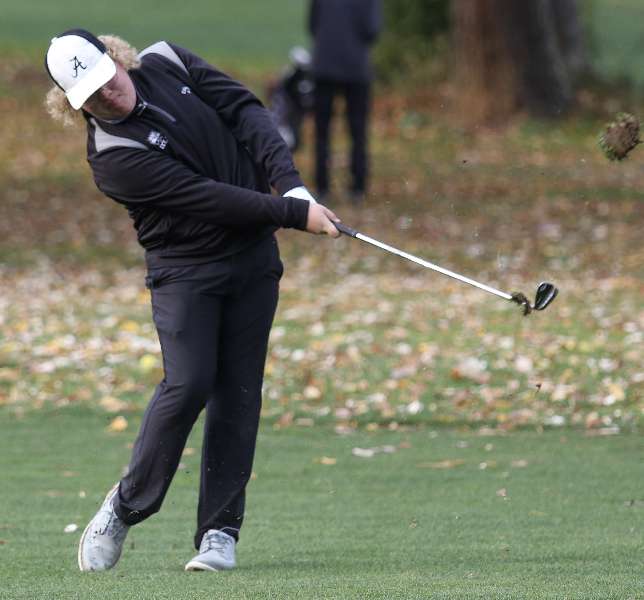 Cooper teed off on Hole No. 1 at 9 a.m. today and had a strong start, recording pars on holes one through four. Some familiarity with the course likely played a part in Cooper’s hot start, despite the cool weather.

“This was my third time playing the course”, Cooper explained. “We came down for two practice rounds — in similar conditions, so that was a big benefit.”

After three straight bogeys, Cooper parred hole eight and birdied the par-4 ninth to make the turn at a plus-2 38.

“I’m happy with my score”, Cooper said, “but I know I can shoot better. I hit my irons well today, but there’s room for improvement.”

In all, Cooper totaled 11 pars on the day and had one birdie. His round of 80 leaves him tied for 49th place.

Tuesday’s final round, scheduled to begin at 8 a.m., will now begin at 9:30 a.m. due to anticipated frost.

Cooper is excited to get back out on the course Tuesday, saying, “It’ll be my fourth time playing it and its a really nice course .. and if I can get some birdie putts to fall — that’s the focus.”