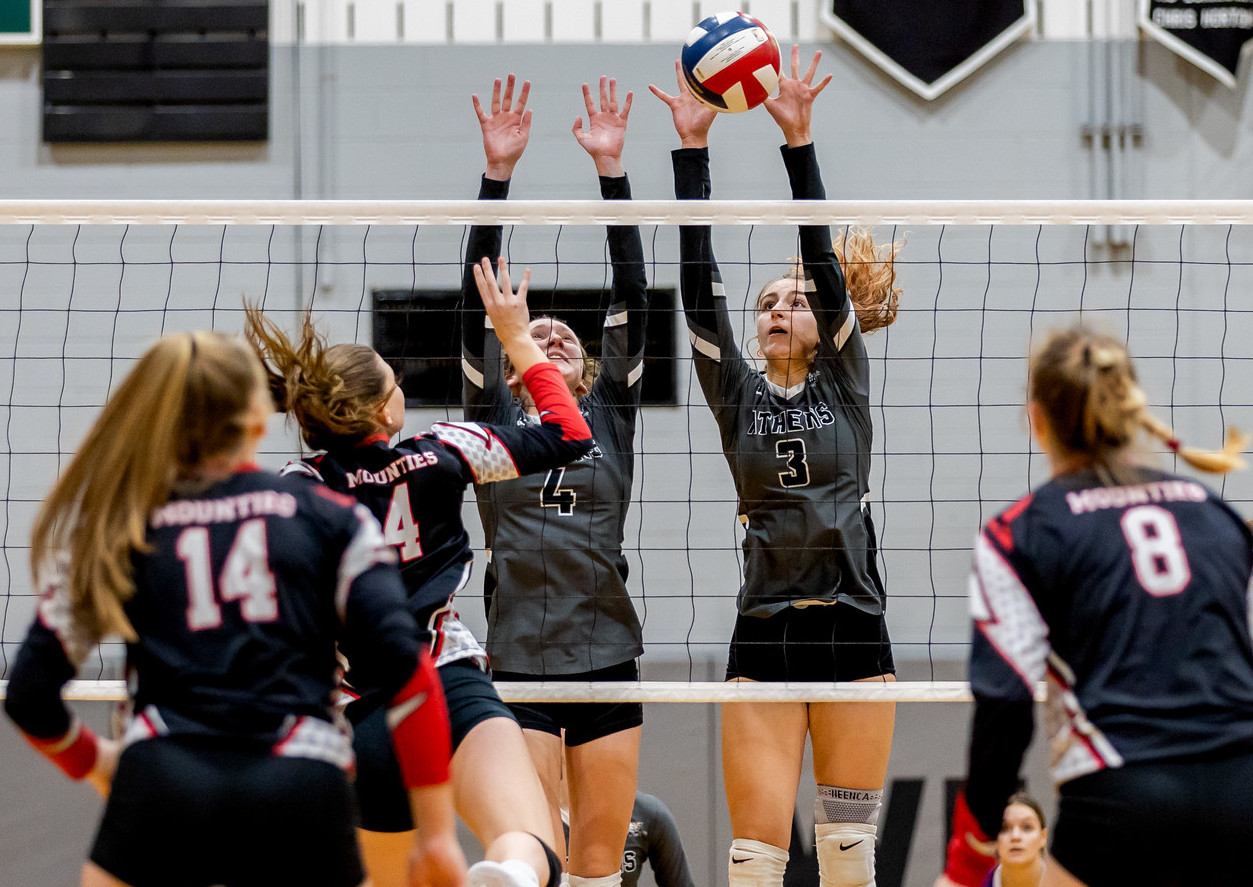 ATHENS — Powerhouse North Penn-Liberty fought off a pesky Athens squad in the first set, then rolled to a sweep here Tuesday night in the semifinals of the District 4, Class AA volleyball playoffs.

“We played all out,” said Athens coach Heather Hanson. “I couldn’t be prouder of their effort.

“The plan was to play with all-out effort, and smiles,” noted Hanson.  “They did it … we tried unconventional ways to turn it around if errors were made, and we had fun.

“We just made too many errors.

“This a special, fun, close-knit team,” added Hanson. “I am truly blessed, and I can’t thank them enough for letting me be their coach this year.”

Sophomore Ella Coyle had two points — both aces, and 11 digs for the Lady Wildcats, while senior Cailin McDaniel had two points and three digs, junior Izzy Davis recorded five digs, and junior Keaton Wiles chipped in with two kills, and one block.

The Lady Wildcats wrap up their season at 9-9, with three losses coming to NP-L.

Hanson will say good-bye to five seniors, a group she speaks very highly of.

Hanson lauded each of her seniors.

“Audrey Clare is such a leader and team player. The hardest hit ever … I love when she pounds the ball

“I am so flipping proud and impressed by Cassy Friend’s skills. She started playing in 8th-grade and has made a complete 180-degree turn into an extremely intense player and huge blocker.

“Cailin McDaniel is a passionate player and so, so, so, competitive. She pushed herself last season to become a starter this season and earned it.

“Jenny Ryan is an incredible player who has worked her butt off to be where she is at today. She makes her position look easy, when it is absolutely not. She is fast, can hit the ball hard, and can play defense. An all-around amazing player.

“Braelynn Wood Is a standout leader, and extremely smart player. She knew where to put the ball all the time and was also incredible at defense.”

Hanson said the seniors were the key to Athens’ success in 2022.

“This fearsome five came into preseason and took control,” she said. “It was awesome to watch the leadership and mentorship take off from day one.

“I’ve had so many compliments from parents saying how kind the girls have been to the freshmen,” added Hanson. “They are amazing role models and deserve all the best.”