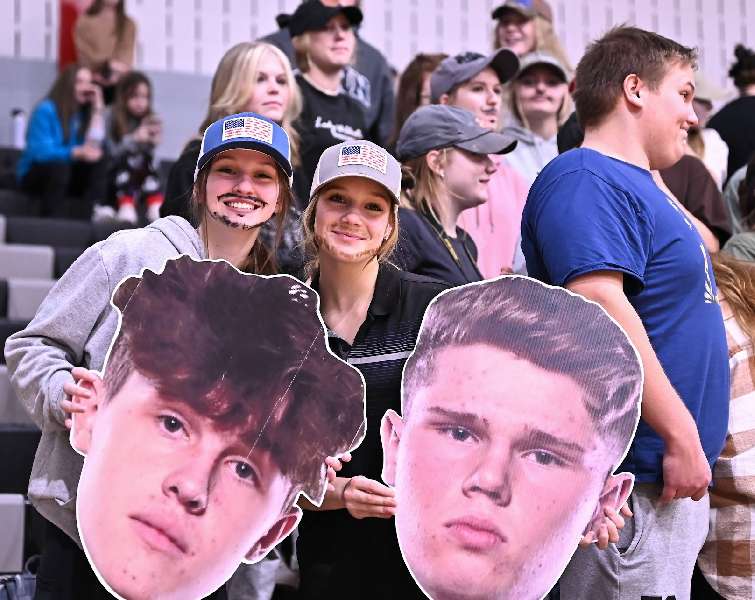 ATHENS — Fueled by its full-court pressure, Athens used a 28-2 run in a 12-minute span that extended from the first to the third quarters on its way to a 63-25 win over North Penn-Mansfield here Wednesday night in NTL Large School Division boys basketball action.

“We came out in our 1-3-1 just to get the boys warmed up,” said Athens coach Jim Lister. “We switched to the full-court press, and played some of our best defense of the season.

“We forced turnovers, and turned them into a boatload of points in transition,” noted Lister.

Lister was especially pleased with his team’s performance considering it had been off since Jan. 29.

“This was a group of kids who have been cooped up for 11 days, and they were able to release a lot of frustrations tonight,” said Lister.

“And, I’ve been saying since Day 1 that our second five could start for a lot of teams in the area,” noted Lister. “I think it helped us to beat up on each other for the last 11 days.

“I was very pleased with our intensity tonight,” added Lister. “The boys played extremely hard, and our defense was outstanding.”

Karson Dominick knocked down a 3-pointer to give NP-M a 5-2 lead then added a pair of buckets in the paint to make it 9-6 with 4:40 remaining in the first quarter.

After a lay-up by senior J.J. Babcock of an in-bounds play cut the deficit to 9-8, Dominick, who scored nine points in the stanza, made a pair of free throws to give the Tigers an 11-8 with 3:11 remaining in the first quarter.

On the Wildcats’ next possession, they hit the offensive boards. On their fourth shot of the possession, Lister canned a 3-pointer from the win with 2:45 remaining in the first quarter to tie the game at 11-11.

With 1:30 remaining, Lister scored in transition to make it 13-11. Moments later, Athens forced a turnover with its press, and Babcock knocked down an 18-foot jumper to make it 15-11.

Senior Nalen Carling drained a runner with 1 second remaining to give the Wildcats a 17-11 lead after the first eight minutes.

The second quarter was all Athens. Its pressure defense resulted in 14 NP-M turnovers in the stanza, including in each of its final 10 possessions of the half. The Tigers did not get a shot off in the final 4 1/2 minutes of the second quarter.

After a blocked shot by Babcock, Lister scored in transition to make it 19-11 with 7:30 remaining in the first half.

Dominick scored off an in-bounds play with 6:45 left in the half to close the gap to 19-13, but that was NP-M’s only bucket in Athens’ 19-2 seconds-quarter run.

After Carling scored on a putback, Brown scooped up a loose ball and found Babcock for a dunk to make it 23-13 with 5:28 remaining in the half.

Lister knocked down another 3-pointer with 3:32 remaining in the half to make it 26-13. Moments later, after another NP-M turnover, Lister dropped a behind-his-back pass to Babcock for an emphatic dunk with 3:10 remaining to extend the lead to 28-13.

A driving lay-up by senior Tucker Brown with 9 seconds remaining gave the Wildcats a 34-13 lead at the half.

After a putback by Dominick closed the gap to 36-15 with 6:40 remaining, the Wildcats went on a 15-0 blitz to take a 51-15 lead with 3:10 remaining in the third quarter. Lister scored six points in the run, and Brown added five points, including an old-fashioned three-point play.

Lister was not only pleased with his team’s performance, but also by the support from the student section.

“The student section was out in force,” he said. “They were awesome, they were loud, and I hope to see them Friday and Saturday night.”

Athens, now 13-5, returns to action Friday when it hosts Wellsboro. The Wildcats travel to Troy Saturday.