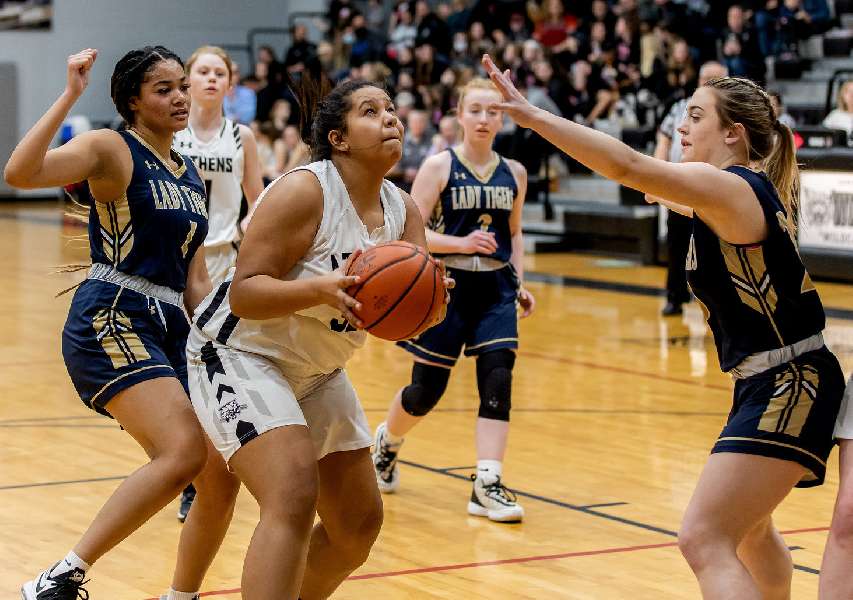 With the win, the Lady Wildcats, now 16-5, clinch the second spot in the Large School Division, and advance to a semi-final round match-up Thursday against Northeast Bradford. Towanda will host Canton in the other semifinal.

Senior Caydence Macik scored four points in the first quarter, and Wheeler canned a 3-pointer to help Athens to a 9-4 lead after the first eight minutes.

Wheeler buried a pair of 3-pointers, and scored eight points in the second quarter, and junior Emma Bronson added four points to fuel a 16-0 blitz that upped the Athens advantage to 25-4 at the half.

Wheeler knocked down her fourth 3-pointer, and scored seven points in the third quarter, and Macik added six points in a 15-3 run to extend the Athens lead to 40-7 entering the final eight minutes.