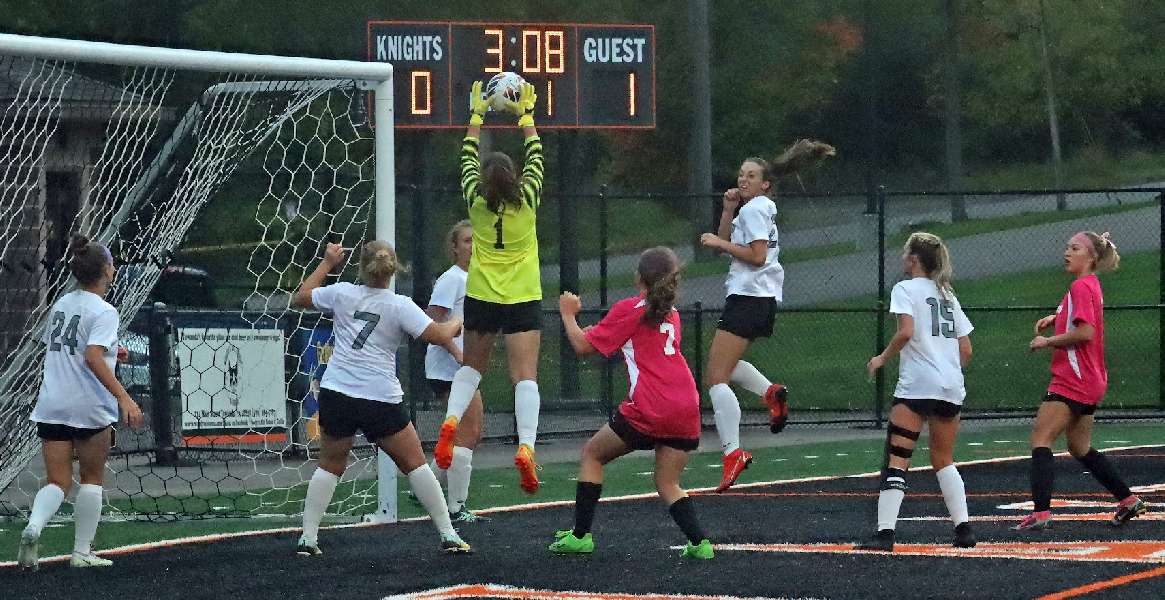 TOWANDA — Athens scored early in the game, but played more than 90 minutes without another goal in a 1-1 double-overtime tie against Towanda here Thursday evening in NTL girls soccer action.

“I thought after an emotional game on Tuesday (2-1 win over Wyalusing), we came out strong and got a goal early, then towanda battled well thru the first half to keep it that way,” said Athens coach Rich Pitts.

“In the second half, and especially in OT, we just continued to have chance after chance but could not get a goal,” Pitts added.

“I know our record doesn’t look fantastic, but I am so proud of the work these girls put in daily,” said Pitts. “We will fix it, as they were unhappy getting on the bus tonight.

“It’s how you finish the race, not how you start it, and I believe in them 100 percent,” added Pitts. “Adversity brings opportunity.”

Senior Ally Thoman scored on a rocket shot from 35 yards out that went off the keeper’s hands and into the net in the seventh minute of the game to give Athens a 1-0 lead it would enjoy for nearly 50 minutes.

With 15:49 remaining in regulation. the Lady Black Knights tied the score on a goal by Anna Dunn.

The two teams finished regulation, and two 10-minute overtime periods without another goal.

Senior Karlee Bartlow had four saves in net for the Lady Wildcats.