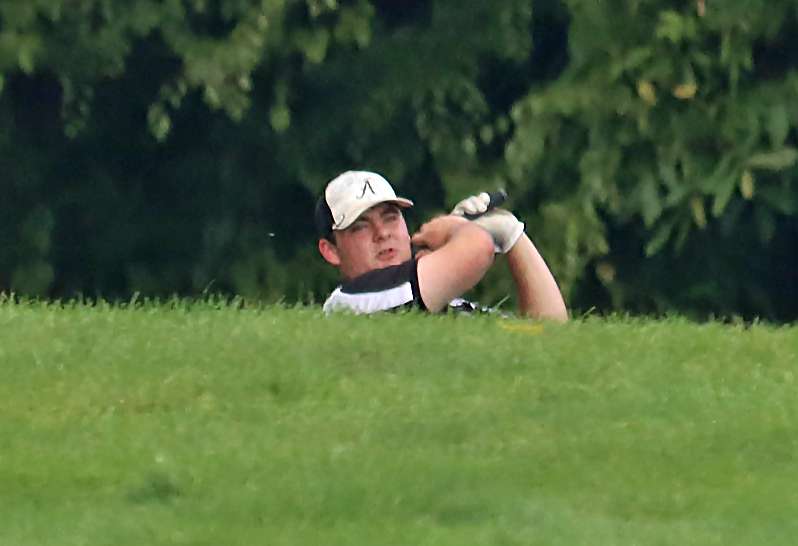 The Wildcats, now 36-0 on the season, shot a four-player aggregate scored of 347, while runner-up Wellsboro carded a 357, and third-place Wyalusing had a 362. North Penn-Mansfield was fourth at 381, Cowanesque Valley was fifth at 391, Towanda was sixth at 439, and Sayre was seventh at 463.

Cooper was low for the day with a career-best round of 74 on the par-71 course. He had two birdies, and nine pars.

North Penn-Mansfield senior was second with a 78, and Wellsboro junior Hayden Zuchowski was third with an 82.

Athens sophomore Dylan Saxon was seventh with an 87, while junior Nicholas Jacob was ninth with a 92, and junior Brady Darrow was 11th with a 94. Junior Lucas Kraft was 19th with a non-scoring round of 99, and senior Sean Clare tacked on a 101.

Sayre senior Jackson Hubbard finished 17th with a round of 97, while senior Kegan Hayford shot a 117, junior David Hall Jr. carded a 122, junior Tanner Green had a 127, and freshman Cole Homer tacked on a non-scoring round of 128.

The NTL golfers wrap up the regular season next Tuesday at Tomasso’s Golf Course.