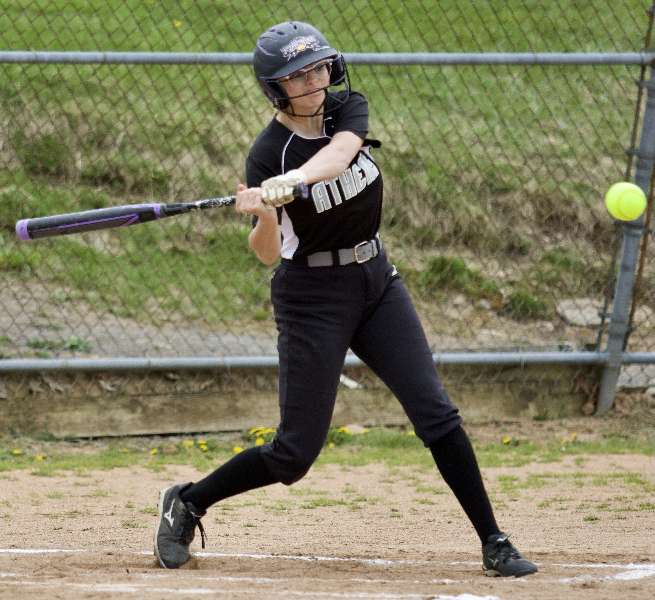 WELLSBORO — Athens struck first in the top of the first inning, but Wellsboro answered with a flurry of runs in a 13-3 win here Tuesday afternoon in NTL Large School Division softball action.

Athens coach Mickey Farrell said his team is banged-up, but was pleased with their effort in the loss.

“We have three starters out, possibly for the season, and the girls Tonight who replaced them did s great job,” he said.

“We just didn’t hit the ball,” noted Farrell. “Defensively we were actually pretty good, especially our outfield — we only had three errors.

“We are trying to find the positive,” Farrell added. “Hopefully, we learn from all we’re doing and keep playing as hard as we can.”

The Lady Wildcats scored two runs with two outs in their first at-bats. Senior Aliyah Butler rapped an RBI double to score freshman Jules Pack, who led off the rally with a two-out single. Butler later scored on a throwing error.

Wellsboro scored one run in the home half of the inning, then scored four in the second, and one more in the third inning to take a 6-2 lead.

Athens got one run back in the fourth inning to close the gap to 6-4, but Wellsboro scored three runs in the fourth, and finished off the game in the bottom of the fifth inning with four runs to invoke the 10-run “mercy” rule.

Butler doubled, scored one run, and drove in one run to lead Athens at the plate, while freshmen Savannah Persun and Emma Coyle each had a single, and Pack and senior Macie Coyle each scored one run.

Athens, now 7-8, returns to action Friday when it hosts Canton.