COOPER SHOTS 81 ON DAY AT CLASS 3A CHAMPIONSHIPS; TIES FOR 57TH AT STATES 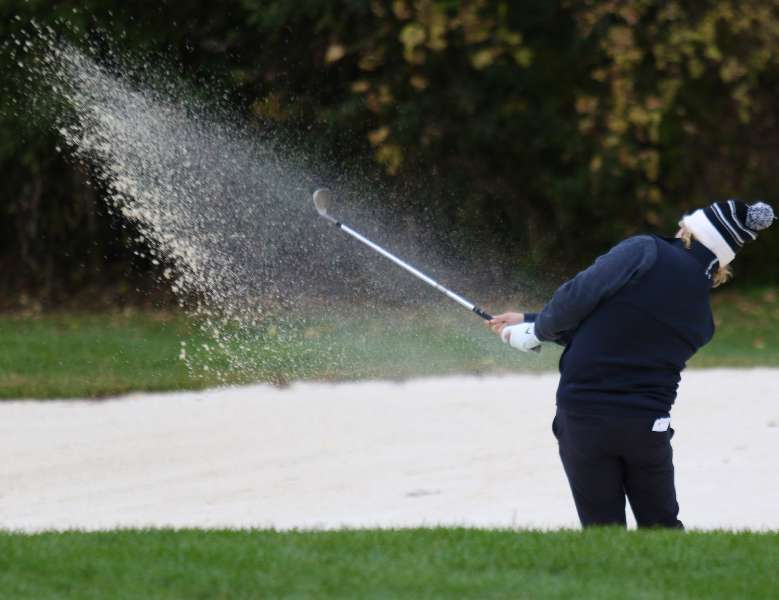 STATE COLLEGE — Evan Cooper followed up his round of 80 on Monday with an 81 today, giving the Athens junior a 17-over par, two-day total of 161 total and a tie for 57th place at the PIAA, Class AAA Golf Championships here on the Penn State White Course.

“I’m happy for my first time here,” Cooper said after his round. “I did some things better today, especially my chipping, and my putting was better. I definitely struggled with my irons today, where yesterday I thought I hit my irons really well.”

Cooper is excited to get back to work and start preparing for his senior season, where the goal, according to Cooper, is to “get back here.”

The Wildcat will also look to repeat as the top player in the NTL, where he compiled an average score of 75.6 in 10 matches.

An honor that Cooper may have won at the Championships is that he had possibly the largest gallery of family and friends following his group both days.

“I really want to thank my parents and my grandparents,” Cooper said, “And everyone that came down. It means a lot to have that support.”

The PIAA distributes medals to the top-10 finishers, which this year resulted in 18 players being recognized, as the state champ shot a 4-under 140, four players tied for sixth and nine players tied for 10th place with a 5-over 149.

Cooper finished tied with five other golfers in the 57th spot on the board.