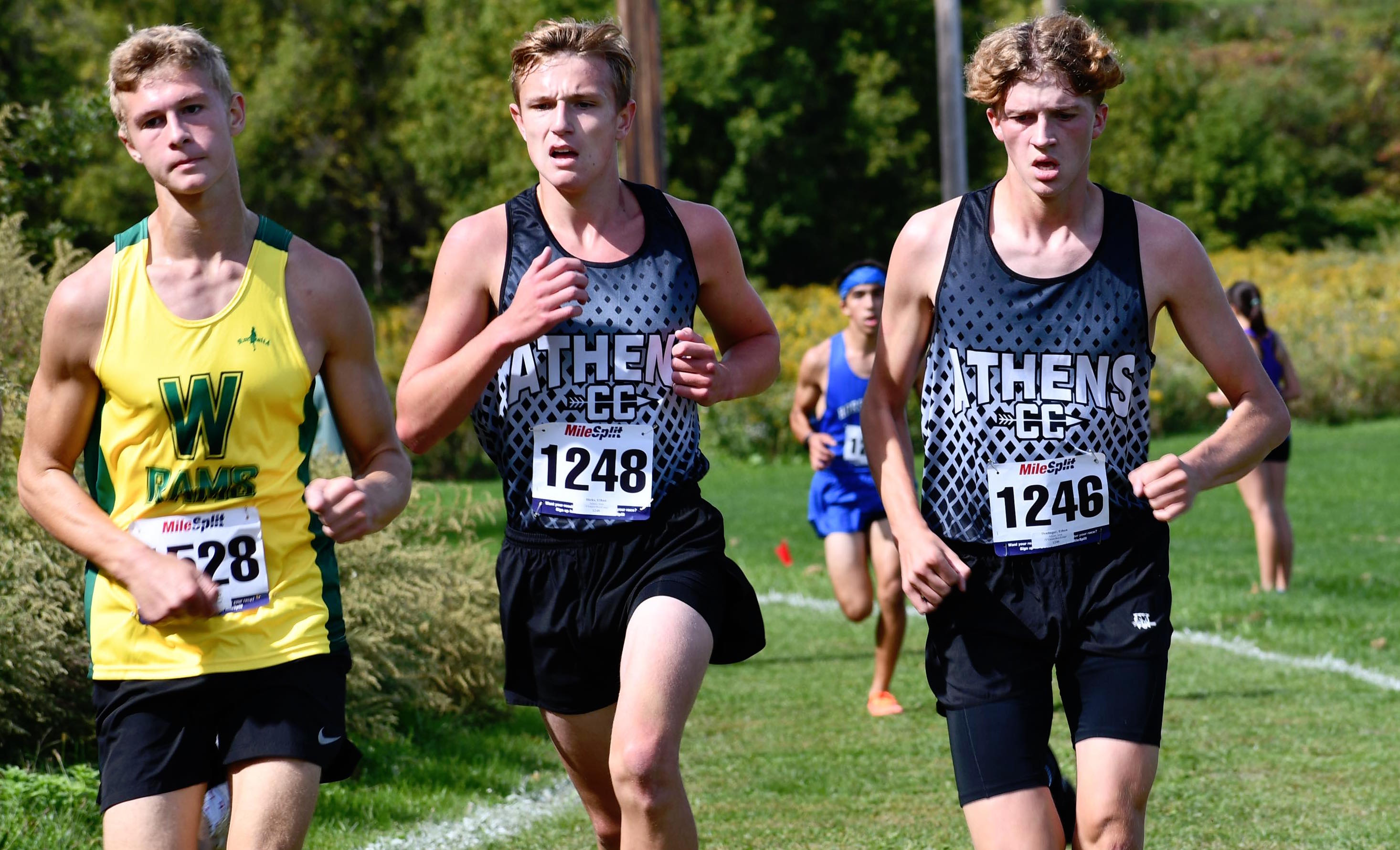 Athens tallied 23 placement points, well ahead of runner-up Union-Endicott’s 67 points. Horseheads was third with 71 points, Owego fourth with 83 points, and Maine-Endwell was fifth with 91 points.

Graham Wanck won the race by more than a minute, clocking in at 8:46, while Athens’ Eli Hicks was runner-up at 9:48.